Praying and Preaching for Racial Justice 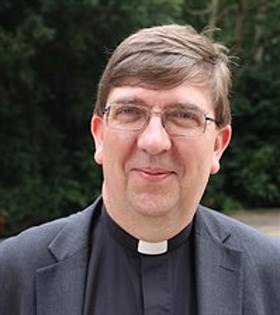 By the Revd Dr Jonathan Hustler, Secretary of the Conference

Although this is the fifth year since the calendar was changed, I still find that I am taken by surprise when Racial Justice Sunday appears in February rather than in September. But the change of date is far from the only thing that has changed in the 26 years since we began to identify one Sunday in the year as a day to celebrate our diversity, to pray for racial justice, and to commit to actions to overcome discrimination.

The change of date is but one of many changes that affect the way in which we approach racial justice and we want to give thanks for the progress that we have made in addressing the issue. Our work on Equality, Diversity and Inclusion has provided a toolkit to help churches to be aware of and to counter those attitudes that perpetuate discrimination. We have worked hard over the last year to ensure that Unconscious Bias training is widely available. And we have learned from academic scholarship much more about the causes of racism,

Speaking personally, my understanding of the forces of oppression that perpetuate injustice has increased through conversations, meetings, books and other media, some of them unexpected. One thing that I have come to realize in that time is the way in which the complex legacy of Britain’s colonial past contributes to the racism that is endemic in so many parts of our national life. One of the people who (perhaps unintentionally) helped me to see that was a student minister I taught at Wesley House, Jarel Robinson-Brown.

Jarel, of course, has been in the news recently. Like many, I have been appalled by the reaction to his, admittedly ill-judged, tweet following the death of Captain Sir Tom Moore. What has worried me most has been the ill-informed nature of some of the comment in the mainstream media. Jarel has been misrepresented and in some cases his words misreported.

I was grateful to the ex-Vice-President, Professor Clive Marsh, for naming ‘whiteness’ as one of the key words of the year in the 2020 Conference. One of the drivers of racial injustice in our society is what I have come to see as a toxic assumption of white superiority, that manifests itself in a host of ways. Unless we are bold in challenging it, that white superiority will perpetuate patterns of discrimination and diminish us all.

The Methodist Church has repeatedly said that we believe racism to be a denial of the gospel; we recognise that while we have expanded our efforts to eradicate the problem from our Church, it still exists. There is still work to do and part of that is to acknowledge the effect that tacit white superiority has in restricting our ability fully to welcome and celebrate the diversity of God’s creation and the richness of the gifts God disposes on us. As we do that, we may find ourselves closer to achieving the racial justice for which we pray this Sunday.