God moves in a mysterious way

William Cowper’s hymn contains some memorable and thought-provoking phrases. Consider reading the hymn out loud (with a group or on your own) and then focussing on selected phrases. This might be the starting point for a group discussion, a sermon, or a time of quiet meditation. Your phrases might include:

There is about this hymn something of the cry made by the desperate father who brought his epileptic son to Jesus. Told by Jesus that “everything is possible to one who believes,” the father replies: “I believe; help my unbelief”. (Mark 9: 20-27). It’s a story that Cowper quotes directly in Heal us, Immanuel! Hear our prayer (StF 650). Compare this encounter to the opening of v.3:

Judge not the Lord by feeble sense,
but trust him for his grace;

Written by Cowper at a time when depression was overtaking him and attempted suicide was, not for the first time, on the horizon, it is a poem/hymn that has often been associated with fragile faith. But while it offers one of our most honest assertions of the experience of doubt and fear (verse 2 originally began, “Ye fearful saints, fresh courage take…”), in fact this is remarkable hymn of “of great and outward-looking faith”, as Erik Routley put it. 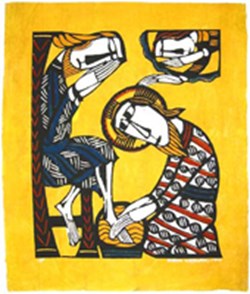 In a footnote to the hymn, Cowper referenced another biblical story – Jesus’ washing of his disciples feet as told in the Gospel of John. To Peter’s protest against Jesus washing his feet, Jesus replies: “You do not understand now what I am doing, but one day you will.” (John 13: 6-7) – a statement (together with Genesis 40: 8) that inspired the final verse:

Blind unbelief is sure to err,
and scan his work in vain;
God is his own interpreter,
and he will make it plain.

The apparent mystery of God’s ways and the limitations of human understanding is the key to the hymn, as it is in Jesus’ responses to the sick boy’s father and to the disciple Peter. (Cf. Isaiah 55: 8 “For my thoughts are not your thoughts, nor are your ways my ways. This is the word of the Lord.”)

Erik Routley argues that such divine mystery is important: “Who will believe in the grace and power of God who can be reduced to trivial human categories?” But he praises Cowper’s skill in describing that mystery in a way that avoids negatives (e.g. immortal, invincible, unapproachable, unknowable, incomprehensible, uncreated…) but instead uses positive themes. Cowper focuses on God’s ultimate grace and on God’s “purposes” that ripen over time. The effect, says Routley, is to strengthen our belief and confidence. 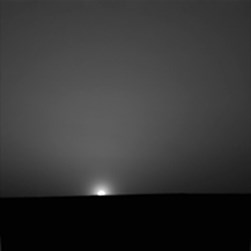 Light shining out of darkness

When this text was first published by John Newton in the his collaboration with Cowper, Olney Hymns (1779), Cowper entitled it “Light shining out of darkness” – an allusion to 2 Peter 1: 19 and John 1: 5, which indicates that, through the darkness Cowper was facing, nevertheless he could still perceive the New Testament promise of salvation through Christ:

Though written by a man experiencing poor mental health, we need to be wary of using Cowper’s words as an antidote to such an experience. The hymn’s message – “the very darkness, the withholding of light and clear guidance, are a sign of God’s grace and power” should be offered with the utmost sensitivity and circumspection; and far less as simple evidence of a divine plan that deliberately submits us to bad experiences.

Erik Routley’s interpretation of Cowper’s embrace of God’s mystery is that it is better and safer to put our trust in a God “who does not tell you all his plans but promises victory than to some lesser being who has neither the mystery nor the power”.

For more about William Cowper, see Pain and passion – the hymns of William Cowper. Also see the connection between this hymn and Andrew Pratt’s What peace is there for tarnished lives (website only)