Great God, your love has called us here

See Hymns to build worship around. 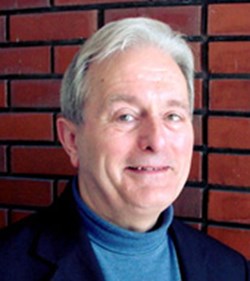 The “best hymn of the 20th century” is how well-known Methodist hymn writer Andrew Pratt describes this hymn.

Written in 1973 (as “Lord God, your love…”) and revised twice since, Brian describes his words as “a revisioning (not a replacement) of the central themes of Charles Wesley’s great hymn, ‘And can it be that I should gain’.”

Charles Wesley’s verses (StF 345) take up the biblical stories of St Paul and Silas singing and praying in prison (recounted in Acts chapter 16) and, arguably, of Peter's deliverance from prison as well (Acts chapter 12).  Borrowing a single powerful image from that story (“my chains fell off…”), Wesley expresses his awe at divine love and the personal grace Christians may experience despite themselves.

Brian Wren re-thinks Charles Wesley's images for contemporary worshippers. He uses Wesley’s ideas to help us look beyond personal experience, reinterpreting St Paul’s chains as “social forces” and “powers and systems”. He is highlighting not just personal sin but the social sin of unfair structures and unjust corporate and community actions.

Yet Brian argues that “this is not a social justice hymn. It’s very wrong to stereotype certain texts as ‘social justice hymns’. But you get a broader theological perspective when you include these issues.” He names Fred Kaan and Richard Leach among other writers who have helped stretch the boundaries of our sung faith – and also the hymns of Methodist minister Fred Pratt Green. “Pratt Green covered social justice themes not for their own sake but because they are Methodist theology.”

There’s a further connection between these two hymns of Charles Wesley and Brian Wren. Brian’s text was written for Erik Routley’s popular tune, “Abingdon” – originally composed for “And can it be”. In fact, Brian says, “Abingdon” fits Wesley’s tone and meaning far better than the more usual “Sagina”. So might a change of tune reflect Wesley’s intentions with greater sensitivity?