I cannot tell why he, whom angels worship

The same pattern of question and assertion is used in each of the four verses of this hymn (see below). As a spoken prayer (perhaps in a small group setting), try dividing the two halves of each verse between two groups of speakers; alternating first and second half for each verse.

Again in a small group, or during personal reflection time, try taking the two recurring phrases of the hymn and adding your own questions and assertions: 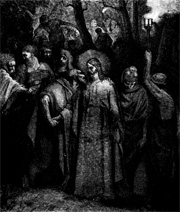 I cannot tell how silently he suffered

William Fullerton’s words take as their starting point words from the Gospel of John 4: 42 (“This is indeed the Christ, the Saviour of the world”). Each verse follows the same journey, from near-incomprehension to declaration of faith.

The verses each acknowledge that we cannot not understand fully the way in which God works, and (in verse 2) that it is almost impossible for us to relate wholly to Christ’s act of self-sacrifice. Nevertheless, writes Fullerton, there are things we wish to proclaim out of faith: that God became real in Bethlehem’s manger (verse 1); that God’s presence will outlast our experience of the world as we know it (verse 3); and that the love Jesus demonstrated in his life and death will win out completely (verse 4).

And each time we make that move from questioning to proclaiming (“this I know…”), Londonderry Air carries us onwards and upwards, building in confidence from the tune’s halfway mark to the most emphatic, high top notes that you’re likely to encounter in Singing the Faith. Supported by this powerful surge of melody, we sing what we know: “that he lived at Nazareth” (v.1); “and lifts the burden from the heavy-laden”; “and some glad day his sun shall shine in splendour”;

and earth to heaven, and heaven to earth, will answer:
‘at last the Saviour, Saviour of the world, is King!’ (v.4) 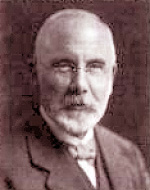 William Fullerton was raised as a Presbyterian in Ireland. Later, he moved to London, joined Spurgeon’s Tabernacle and subsequently trained for the Baptist ministry.

Londonderry Air (sometimes simply “Air from County Derry”) was said to have been collected by Jane Ross of Limavady. It was included in The Ancient Music of Ireland (1855), edited by George Petrie. Jane Ross was unable to name the piper that she heard play the tune, which, in any case, wasn’t in a metre suitable for any other known Irish songs of the time – which has led some to doubt its authenticity. However, it does bear a strong similarity to the authenticated tune of another Irish song, The Young Man's Dream, included by the pioneer collector of harp music, Edward Bunting, in his Collection of the Ancient Music of Ireland (1840) .

The story of Londonderry Air is drawn from Michael Robinson’s article, Danny Boy – the mystery solved.