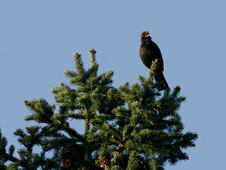 The simplicity of the tune “Bunessan” and deceptively simple words of the text suggest unison singing with the lightest of accompaniments. Cat Stevens got it right when he used a guitar and piano, but a flute or other solo wind instrument would work well. Try singing the final verse unaccompanied – letting the human voices stand alone in their expression of praise.

Christian beliefs are lightly worn in this popular hymn by Eleanor Farjeon, often thought of as a children’s hymn. Allusions to biblical passages, especially from within the Psalms, have been argued but such information adds little to the spontaneity of Farjeon’s own expressiveness. The unbridled joy that Farjeon evokes in what may be seen even in a humble back garden is rooted in the idea that each day is a re-creation of God’s first creative acts.

Nevertheless, unexpected depths are revealed by Farjeon’s poetry, beautifully concentrated within single lines. In the final verse she writes of the “one light” – a single divine act of making light – witnessed in the Garden of Eden. This echoes her conclusion to the opening verse, which itself alludes to the language of the Gospel of John that speaks of God as the creative “Word”. Perhaps, as well as God walking in the Garden of Eden (Genesis 3:8), it is that “Word made flesh” in the person of Jesus that Farjeon is thinking of as she offers praise for the sweetness of the wet garden, “sprung in completeness / where his feet pass” (final line, verse 2). 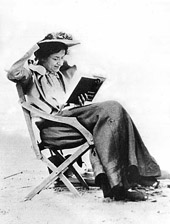 Eleanor Farjeon was a prolific writer of poems and stories for children, including the fairy-tale story of a wandering minstrel, Martin Pippin in the Apple Orchard. In 1955 she won the Carnegie Medal for children’s literature. Eleanor Farjeon is also remembered for her close association with the poet Edward Thomas. After Thomas’s death in World War 1, Farjeon lived for many years in an unmarried relationship with a teacher, George Earle.

Her few hymns form a very small part of her output. For most of her life, she expressed no obvious faith connection – though, at the age of 70, she converted to Catholicism. “Morning is broken” was commissioned by Percy Dearmer for the second edition of Songs of Praise, published in 1931 and expressly to go with the tune “Bunessan”. “There being no known hymn in this short dactylic metre, and something being also wanted on the theme of Thanksgiving for each day as it comes, Miss Farjeon was asked to make a poem to fit the lovely Gaelic tune.” (Percy Dearmer in Songs of Praise Discussed.) No doubt, everyone concerned in the publication would have been surprised by the huge popularity that the hymn found when taken up by the pop musician Cat Stevens in the early 1970s. 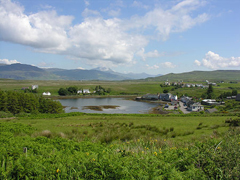 Bunessan, Isle of Mull - on the road to Iona

Much of that popularity was bound up with the tune, “Bunessan”. Originally an un-named traditional melody, it was used by the Gaelic poet and devout Baptist Mary Macdonald for her Christmas hymn, “Leanabh an Aigh”, later translated as “Child in the manger”. This was included by Lachlan Macbean in his Songs and Hymns of the Scottish Highlands, published in 1888. It was Macbean who gave the tune the name “Bunessan” after the Isle of Mull village near to where Mary Macdonald had lived. 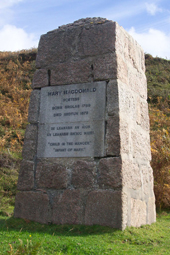 A monument to Mary Macdonald can be seen near the village, on the road from Craignure to Fionnphort, where tourists and pilgrims take the ferry over to the island of Iona.