Now the green blade rises from the buried grain 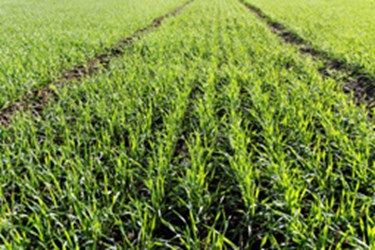 Though clearly an “Easter hymn”, these are words that may encourage fruitful reflection at other times also, for example at funerals, memorial services, and even as a way of touching on the realities of harvest.

Consider pairing the hymn with Gospel passages mentioned below. What other biblical passages might shed light on the theme of this hymn?

You may also wish to ask your musicians to play the music quietly as worshippers read the words of the hymn quietly to themselves.

There are many ways in which you might make the images even more real within a worship setting:

Once described as “the only truly authentic Easter hymn”, Now the green blade rises takes as its starting point words of Jesus recorded in the Gospel of John: “The hour has come for the Son of Man to be glorified. Very truly, I tell you, unless a grain of wheat falls into the earth and dies, it remains just a single grain; but if it dies, it bears much fruit.” (John 12: 23-24).

For many who live in Western urban settings, the full force of the imagery in this hymn is hard to grasp. Fields of growing crops are often remote from view; and outdoor burials are far less common than indoor cremations. Picturing buried grain or open graves may require imagination. For Jesus, however, arable farming was part and parcel of everyday life – recall, for example, his parable of the sower, Mark 4: 2-8. He understood that there is a both a mystery but also a tangible reality in what can live and grow out of the experience of death. Later in the same chapter in Mark, he observes:

“The kingdom of God is as if someone would scatter seed on the ground, and would sleep and rise night and day, and the seed would sprout and grow, he does not know how. The earth produces of itself, first the stalk, then the head, then the full grain in the head. But when the grain is ripe, at once he goes in with his sickle, because the harvest has come.” (Mark: 4: 26-29)

John Crum encapsulates the implications of these words in his deceptively simple depiction of Jesus (“Love”) in that dark hiatus between Good Friday and Easter morning: “laid in the earth like grain that sleeps unseen” (verse 2). Here, and throughout the hymn, Crum writes of hope (not optimism) present in all our Easter Saturdays of death and despair, ready to push through and grow once more in the shape of God’s love: 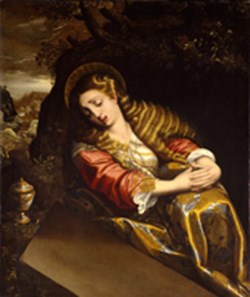 When our hearts are wintry, grieving, or in pain,
then your touch can call us back to life again,
fields of our hearts that dead and bare have been (verse 4)

For a further reflection on this theme, see Avoiding Holy Saturday - the thoughts of Alan Lewis.

John Macleod Campbell Crum, an Anglican cleric who served as rector of Farnham and Canon of Canterbury Cathedral, wrote these words specifically for the tune Noël Nouvelet, derived from a fifteenth-century French tune. The carol was first published in the Oxford Book of Carols in 1928. The words have since been updated slightly (e.g. “riseth” has become “rises”).