Praise to the Holiest in the height 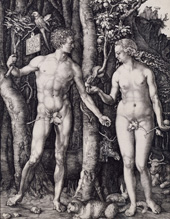 The story of Adam - the starting point for Newman's hymn (Engraving by Albrecht Durer, 1504)

Since this hymn refers to the whole human story as described in the Bible, from “fall” to redemption (see below), you may find it worthwhile reading some specific Biblical passages on which the hymn is based. These might be read, at least in part, around the singing of the hymn. 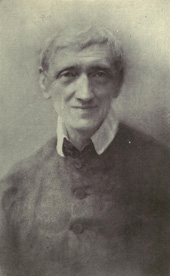 “Praise to the holiest” is almost unique amongst the hymns included in Singing the Faith in being one segment extracted from a far longer poem, in this case The Dream of Gerontius by the 19th century Roman Catholic cardinal and thinker John Henry Newman. His poem (familiar to many from the choral setting by Sir Edward Elgar), was first published in two issues of a new Roman Catholic periodical, The Month (May and June 1865). It was later published in Newman’s Verses on Various Occasions (1868).

As a separate hymn, “Praise to the Holiest” first appeared, also in 1868, in the Appendix to the First Edition of Hymns Ancient and Modern, set to John Dykes’ tune, "Gerontius", and with the first verse repeated at the end.


East of Eden: a hymn in context

Cardinal Newman’s poem recounts the transition made from death to a form of afterlife by a kind of everyman, Gerontius (the Greek for “little old man”). Erik Routley points out that the hymn, like the poem as a whole, is in large part a response to our questions and fears about death. Though the hymn may be understood independently from its original context, The Dream of Gerontius assumes a Catholic theology that describes a time, following death and the judgement of God, spent in purgatory, during which the soul of Gerontius will be healed – supported by Masses sung on earth and prayers said in heaven. 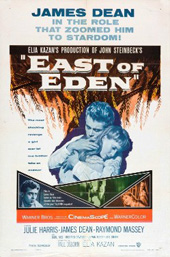 In Newman's original poem, “Praise to the Holiest” is in fact the fifth section of a 35-verse hymn, delivered by successive “choirs of angelicals” and each section beginning with same opening verse. The complete hymn describes the whole story of the human “fall” from a state of grace (the story of Adam, banished to a place east of the Garden of Eden, Genesis 2:15 – 3:24) through to the story of human redemption offered through Jesus’ death and resurrection.

The words we sing make up the angels' fifth and final section, sung directly before Gerontius passes towards the moment of his judgement within “the veiled presence of our God”. In one sense, the angels’ words are a response to the “sour and uncouth” dissonant voices of demons Gerontius has previously encountered and who mocked those “low-born clods” of the human race that have aspired “to become gods by a new-birth, And an extra grace”. It is a cynical point of view, devoid of hope. As Erik Routley puts it:

“It is far easier to believe that matter is eternally under condemnation and that it’s the whole duty of man to leave the material world as far behind him as he can.” *

In response to that attitude, the angels (or ourselves, when we are singing this hymn), assert that God-in-Jesus (the “second Adam”) has remade human existence as a fundamentally good thing:

O loving wisdom of our God!
When all was sin and shame
A second Adam to the fight
And to the rescue came.

Erik Routley puts it this way: the story of Adam in Genesis is true in the sense that describes with astute accuracy typical human behaviour. “I know that this is right and that is wrong; I resent the limitation on my freedom imposed on me by any suggestion that I ought to do right; acting on impulse to do wrong, I blame the nearest person for the consequences [as Adam blames Eve]…

“What Christ did, and its effects on us, is indeed a benefit that a man can hardly bear to receive. At every point where flesh and blood went wrong in Adam, and ever goes wrong in anybody, Jesus went right, and went right by honest, willing, free decision.”

This is a hymn that places God’s incarnation (“God’s presence and his very self”) above every other divine gift. God’s willingness not only to understand our existence but also to show us how to live it is, Newman says, generous love that deserves only our praise.

What is the “double agony”? 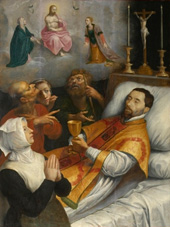 Facing our questions and fears about death

Verses 5 and 6 of this hymn are best understood when taken together. Verse 5, lines 1-2, refer to God present in Jesus, overcoming evil by his cross and resurrection (1 Corinthians 15: 54, 57). The “double agony” might refer (as it appears to in verse 6) to Jesus’ private agony in the Garden of Gethsemane, and his public torture and crucifixion. Within the context of Newman’s original poem, it refers to something else: as Erik Routley puts it, it is the “compound struggle” of death, involving physical dissolution, “repulsive in itself”, but also the “keen regret for the physical that must be surrendered”.

Arguably, the adaption of verse 5 with inclusive language (by compilers of Hymns for Today’s Church, 1982), though certainly less poetic than Newman’s original, makes the meaning more quickly accessible for modern singers than the original, in which the word “man” stands for humankind as well as for Jesus. So, in the adapted version, "He, who smote / In man for man the foe, / The double agony in man / For man should undergo" becomes "he, who came / as man to smite the foe, / the double agony for us / as man should undergo."

* The comments here by Erik Routley are drawn mainly from his essay on this hymn included (under the chapter heading “Death”) in his Hymns and the Faith (1955: John Murray, London) pp.282-92, still available second-hand.

Of John Dykes’ tune, Erik Routley wrote that the words “Praise to the holiest in the height” had never been set better, and probably never would be. Edward Elgar’s setting (which he referred to as the “Blaze”) was, of course, for entirely different purposes, as part of a choral work conceived on an epic scale.