Says Jesus, Come and gather round 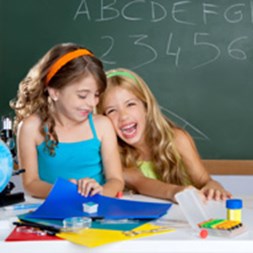 Leith Fisher once observed that "our hymn books have been very light on the life of Jesus". (See The ministry of Jesus - a gap in Singing the Faith?) For the most part, he said, they have tended to go "from Jordan's bank straight to Gethsemane, but in between there were these life-changing encounters, there wonderful parables, three-quarters of the gospel really. Hymns can bring these to expression, lodge them in the memory, but also bring out their meaning or relevance."*

In "Says Jesus. . .", Leith takes a look at the story of Jesus welcoming children to be part of his gatherings. All three of the ‘synoptic’ gospels (Mark, Matthew and Luke) include a version of this incident, in which Jesus points out what we can all learn from the faith and attitude of young children. In all three versions, Jesus suggests that only by being childlike will his followers fully accept and anticipate the Kingdom of God, of which he is both herald and embodiment.

In this hymn, Leith Fisher explores Jesus' words by asking exactly what being ‘childlike’ means in practice. For example (v.2), he suggests that as we become older and more sophisticated, our instinctive caution – backing away from what feels risky – may mean “we seldom see God’s presence everywhere”. Children, on the other hand, bring “the will to risk, the trust to dare”. 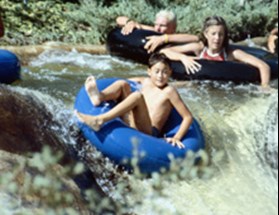 “The will to risk, the trust to dare”

As Christians, we should question the values and the assumptions of the world around us – just like children do. Leith asks: “When was it that we first forgot that questions helped us grow?” (v.3).

In verse 4, he brings full circle Jesus’ desire to place children centre stage. We, too, will “look to children in our midst for they have much and more to say”.

Leith’s hymn seems to echo Mark and Luke’s simpler accounts of this incident. He makes no reference to the forthright warning included in Matthew’s account: “If any of you put a stumbling-block before one of these little ones who believe in me, it would be better for you if a great millstone were fastened around your neck and you were drowned in the depth of the sea.” (See Mark 10: 13-16; Luke 18: 15-17; Matthew 18: 1-7)

Also see Events in Jesus' life (#2 in in our series about Jesus’ ministry as reflected in hymns).

(*Quotation from an interview given to the magazine Different Voices, issue no.2, 2008)

At the time of his death in 2009, the Revd Leith Fisher was remembered as “one of the ablest Church of Scotland ministers of his generation”. He was described as someone who cared deeply about those whom society marginalised or ignored, and his first appointments as a minister were in areas of considerable social need: Govan Old and the Calton area of Glasgow, where he served for 11 years as a youth and community minister.

He joined the Iona Community and was one of that generation of members led by John Bell and Graham Maule who inspired each other to express their faith in articulate, often challenging, hymns and songs. Among that group were Anna Briggs, Ian Galloway and Kathy Galloway. Another contemporary in the community was Douglas Galbraith, who arranged the French carol melody to which this hymn is set.

Seven of Leith’s hymns were included in Church Hymnary 4 (2005), among them “Christ is our light!” (CH4 336) and the communion hymn “For your generous providing” (CH4 655). Leith completed three out of his intended series of commentaries on all four gospels. Those on Mark, Luke and Matthew have been published by Saint Andrew Press.

In the edition of Different Voices noted above, Leith recalled the founder of the Iona Community, George MacLeod, challenging the "divorce" of the spiritual from the material:

"In Christ, he would declare, 'every thing becomes every blessed thing'. Members of the Iona Community take vows to keep making that connection, between the personal and the communal, between the spiritual and the material, between the gospel and the life of the world. I hope that, as a member myself, I can help people to make these connections through what they sing." (On this topic, see Martin Leckebusch's hymn, Called by Christ to be disciples, StF 660.)

More about Leith Fisher in an obituary published in The Herald, 30 March 2009.