The Church of Christ, in every age 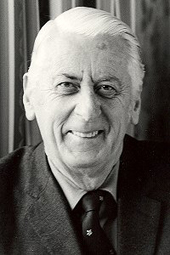 The Revd Fred Pratt Green, whose life spanned all but two years of the twentieth century, is among the top ten contributing authors to Singing the Faith and is regarded as a key figure of Methodist hymn-making.

This particular hymn, one of Fred Pratt Green’s most familiar, encapsulates three of the themes and concerns central to his prolific output:

He writes here about the Church he loves but which, he challenges us, needs continually to stretch itself in order to become a caring movement in the sacrificial manner of Jesus Christ. Indeed, when the text was first published, in Fred Pratt Green’s 26 Hymns (1971), it was titled “The Caring Church”. 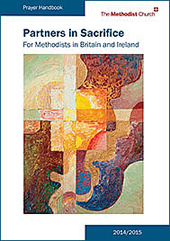 The testing of our heritage that Pratt Green insists upon in verse 1 is taken up in the subsequent verses by allusion to biblical statements. So, the need to express faith through care for the victims of injustice and hunger (v.2) draws upon James 2: 15-17, with its declaration that “faith by itself, if it has no works, is dead”. The example of Jesus, as described by St Paul, underpins verses 3 and 4 (2 Corinthians 1: 7; Philippians 2: 7; Matthew 26: 28), insisting that we become “a partner in Christ’s sacrifice, and clothed in Christ’s humanity”. (The phrase "a partner in Christ's sacrifice" inspired the theme of the 2014-15 Methodist Prayer Handbook.) Here, too, the hymn reminds us of the practical working out of Jesus’ love for all in his miraculous feeding of 5,000 people (John 6: 9-11).

In 1978, Fred Pratt Green amended his original version of this hymn for inclusion in the American Lutheran Book of Worship. Most of these changes were minor, but one complete, and rather striking, verse was removed:

And all men suffer deeper ills:
for there’s a fever in our blood
that prostitutes our human skills
and poisons all our brotherhood.

The Revd Fred Pratt Green CBE was born in Roby in Lancashire in 1903 and was ordained as a Methodist minister in 1928, serving circuits in the north and south of England until 1969, including as Chair of the York and Hull District between 1957 and 1964. During his career as a minister he wrote numerous plays and poems (the title poem of his 1976 collection The Old Couple was included by Philip Larkin in The Oxford Book of Twentieth-Century English Verse) but it was not until he retired that he began writing hymns prolifically. Twenty three of them are included in Singing the Faith.

The tune Herongate was discovered by Ralph Vaughan Williams while collecting folk song tunes at the turn of the twentieth century. It was the tune of the folksong “In Jesus’ city”, first heard by him in Essex in 1903, the year of Fred Pratt Green’s birth. Vaughan Williams arranged it for the English Hymnal (1906) in which it was set to William Walsham How’s “It is a thing most wonderful” (Hymns & Psalms 224).