We pledge to one another

This is a wedding hymn that has the advantage of being a set to a tune well-known to those who rarely attend a church service as well as to those who do. 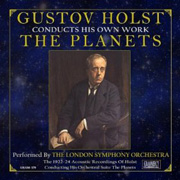 The hymn tune "Thaxted" by Gustav Holst has made quite a journey since it was first adapted from the composer's popular orchestral work, The Planets, for use with words that bear the marks of the sacrifices made by young men during World War 1.  Since then the tune so closely associated with "I vow to thee my country" has proved perhaps surprisingly adaptable, and here brings dignity and a sense of hopeful commitment to Jill Jenkins' wedding text.

Jill says that her hymn came about as the result of a request from her then minister, the Revd Keith Baxter, who was marrying a couple that wanted to sing 'I vow to thee, my country' at their wedding because of its tune. However, no-one felt that the words were entirely appropriate for a wedding (they have become more associated with Armistice Day ceremonies and funerals). “We pledge to one another" was Jill’s response; one of many alternative texts that have been written to this tune.

Verse 1, in particular, draws upon a reading often used at weddings: 1 Corinthians 13:1-13 (especially vv.4-7). Verse 2 reflects honestly on the ups and downs of married life, which may bring “loneliness and pain” as well as “joy and celebration”, and asks for God’s guidance “through all the years to be”.

"Since its appearance on the web”, Jill records, “the hymn has become enormously popular. It has not only been sung at weddings in all parts of the UK (including St. Margaret's, Westminster, and several cathedrals) but also in France, Germany, Spain and Gibraltar, in a number of US cities, Canada, Australia, New Zealand, Japan and the Falklands." She herself didn't hear the hymn sung until November 2013 when it was included in a service marking the Golden Wedding of Jill and her husband David.

In an interview with Gordon Giles for CMQ (the magazine for the Royal School of Church Music), Jill says that, in writing the hymn, she was aiming for an idiom that was not "too churchy" and was accessible to "those of faith, little faith or no faith". Giles points out that "the hymn does not mention Jesus, uses 'God' broadly, and even the final line uses the ambiguous phrases 'place of peace', which could refer to something after death, or to a state of marital equilibrium in life." [See Gordon Giles's "short guide" to wedding hymns.]

The hymn is written from the point of the couple getting married ("We pledge to one another...") but Jill is happy for the "we" to be changed to "they" if this is felt to be more appropriate.

Jill Jenkins is a member of the United Reformed Church, and currently an elder at the URC in Palmers Green, north London. A number of her hymns and prayers have been published. She says that she has enjoyed creative writing since she was a child and that now she produces stories for her four grandchildren. Born in 1937, Jill also holds a Diploma in Contextual Theology from the University of Wales in Bangor. 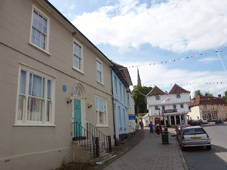 Holst's house in Thaxted - his home for many years

"Thaxted" and "I vow to thee my country"

The tune “Thaxted” was named for the English village where Gustav Holst lived for much of his life.* It first appeared as a hymn tune in Songs of Praise (1926), which was edited by his friend Ralph Vaughan Williams, and was adapted from the middle section of the Jupiter movement of his orchestral suite The Planets. Holst’s daughter, Imogen, recalled that at "the time when he was asked to set these words to music, Holst was so over-worked and over-weary that he felt relieved to discover they 'fitted' the tune from Jupiter".**

Three other tunes by Holst are included in Singing the Faith, among them his setting of In the bleak midwinter. 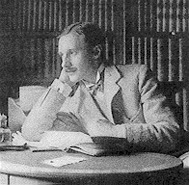 Cecil Spring-Rice, author of "I vow to thee my country"

The original words, “I vow to thee my country” (which one account suggests Holst himself disliked), were written by the diplomat Cecil Spring-Rice and based on a lyric written in 1908 that he had called “Urbs Dei (The City of God) or The Two Fatherlands”. It described how a Christian owes his loyalties to both his homeland and the heavenly kingdom. The hymn itself alludes to the numbers of young men who died during the First World War:

*You can read more about Gustav Holst’s association with Thaxted in a short article published by the Foxearth and District Local Historical Society.