Pain and passion – the hymns of William Cowper

Few hymns mirror the character of their writer more than those authored by William Cowper. Underlying them are honest reflections of Cowper’s anxious desire to hold on to his love of God matched by a poignant obsession with his human failings and the dark depression that dogged him for much of his life. 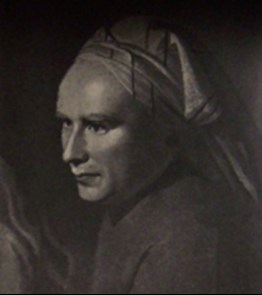 Cowper was born into a family of some influence. His father, a rector, was also a chaplain to George II, and his uncle became Lord Chancellor and the first Earl Cowper. However, he had mixed experiences growing up – bullied at his first private school, happier and enjoying sport at Westminster School, and seemingly content while training as an attorney and during the period after being called to the bar, when he was also writing satires and halfpenny ballads. But when he was offered a clerkship in the House of Lords, the dread of appearing before the House to stand an examination tipped an already existing tendency to depression into a serious nervous breakdown.

Following treatment, Cowper retired and moved into the home of Morley and Mary Unwin in Huntingdon. After Morley died, Cowper and Mary moved to the village of Olney, midway between Bedford and present day Milton Keynes. Here, their friend, the evangelist and former slave trader John Newton, was curate and Cowper threw himself into parish and evangelistic work. He was encouraged by Newton to write more of the hymns that he had been producing since his conversion in 1764. Together they collaborated on what became known as Olney Hymns, published in 1779. The three volumes included all the hymns by which Cowper is known, and many more by Newton – including Amazing grace (StF 440). 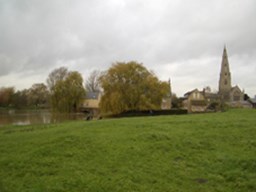 Olney, with the parish church of St Peter and St Paul where John Newton was curate

However, in the words of John Julian, “the tension of long religious exercises, the nervous excitement of leading at prayer meetings, and the extreme despondence (far more than the Calvinism) of Newton, could scarcely have been a healthy atmosphere for a shy, sensitive spirit, that needed most of all the joyous sunlight of Christianity”. (Dictionary of Hymnology, 1907) Following his brother’s death, deep depression returned and with it almost complete dependence on the loyal companionship of Mary Unwin and other close friends. They encouraged some of his most important poetical writing, including ‘The Task’ and ‘John Gilpin’.

Nevertheless, Cowper may have believed, like others at the time, that ‘madness’ was a sign of moral weakness or, worse, criminal depravity. At some point during his residence at Olney, he became convinced that he was eternally damned, and the final years of his life, especially during the illness of Mary Unwin and following her death, were dominated by severe depression and illness. 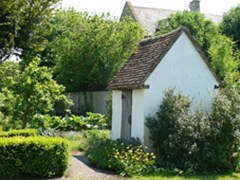 Erik Routley described Cowper as “the only great classical English poet who was also a great hymn writer”. As a poet he developed a simpler and more natural style than many of his contemporaries, especially when writing about the natural world; as a hymn writer, he offers nuanced accounts of Christian faith, marked by sometimes overwhelming challenge as well as profound commitment – and this expressed through some of the most memorable phrases in the hymn book.

Three of Cowper’s hymns are reproduced in Singing the Faith. You can find out more about the background and meaning of his words, and ideas for using them, on each hymn post:

(Hymns and Psalms, the predecessor to Singing the Faith, also included three other hymns of William Cowper: Ere God had built the mountains (H&P 32); Jesus, where’er thy people meet (H&P 549); and Sometimes a light surprises (H&P 571). All of these hymns, together with O for a closer walk with God and two other hymns were included in The Methodist Hymn Book.)

Read Jan Berry’s thoughts about our need for more hymns that speak of healing in all kinds of situations, including in times of mental ill health: More to say about healing.