Hope in the midst of despair 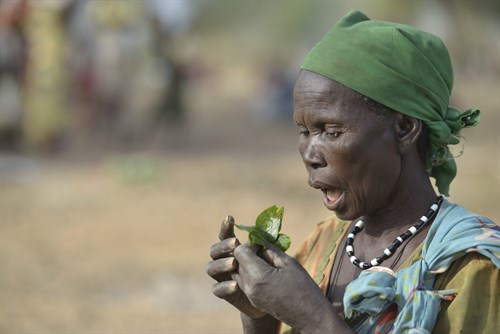 More than £340,000 has been given in response to the East Africa Famine Appeal, launched at the end of February by All We Can and the World Church Relationships Team of the Methodist Church in Britain.

The call to donate to the urgent appeal to help avert famine in countries on the verge of disaster has been met with a generous wave of giving from Methodist Churches and individuals across the world.

All We Can Chief Executive, Maurice Adams said, "The response so far to the East Africa Famine Appeal has been remarkable and humbling. Such an extraordinary response is required because of the extraordinary calamity we are witnessing. The need is vast, and the resources required to tackle this ongoing emergency continues to be immense.

"All We Can is working tirelessly to distribute this funding to those most at risk. We are very thankful for the generosity of churches and individuals knowing that many communities have come together to raise money to help their neighbours in East Africa and Yemen. Collectively, we have already done so much but I encourage those who can, to continue to give, to continue to respond, to continue to do all they can for those living under the terrible shadow of famine."

A grim picture of human misery is mirrored across much of East Africa, where conflict, economic crises, drought and poor governance has resulted in the worst humanitarian catastrophe since the formation of the United Nations.

In South Sudan, some 100,000 people are already in a state of famine in the counties of Leer and Mayendit, and another one million are at risk of sliding into famine in the coming months.

The situation is so bad that many, like Akuch Kon, have been forced to eat bitter wild leaves in order to survive. She, like thousands of others, left her home, fleeing hunger, in the hope of refuge in Sudan. She was stopped from crossing the border and now camps out under the trees in Rumading, a village in South Sudan's Lol State, scavenging for what little she can find. The barely edible wild foods that families like Kon's have been forced to eat have limited nutritional value and people are literally starving to death as they try and find food to eat.

The money raised so far through the East Africa Famine Appeal has been given to ongoing work in South Sudan that focuses on providing nutritional treatment to severely malnourished people and for the distribution of food aid to the most vulnerable families.

Families including Kon's were given life-saving provisions of sorghum, beans and cooking oil by one of All We Can's humanitarian aid partners. These supplies of food are essential in staving off the threat of acute malnutrition.

In Somalia, Yemen, Ethiopia and Burundi All We Can's partners report many of the same scenes of desperation and despair.

"However, donations made to the East Africa Famine Appeal are already making a significant difference. Lives are being saved."

In Yemen, the delivery of aid is extremely challenging but All We Can is able to distribute food to some of the neediest families in the country through its dedicated humanitarian aid partner. These provisions are vital in a situation where almost one in four people are severely food insecure. The rate of child malnutrition in the country is one of the highest in the world.

In Somalia, All We Can is working through its partner to deliver nutritional support and care. Donations made to the appeal that have gone to the response in Somalia are supporting a comprehensive malnutrition treatment programme that nourishes and saves the lives of young children, pregnant women and breastfeeding mothers.

In Ethiopia and Burundi, All We Can is working with its long-term partners to identify the best ways to protect and prepare communities who are at threat of continued food insecurity.

The need is vast - and The Methodist Church in Britain continue to urge people to respond quickly, generously, and collectively to this catastrophic situation by supporting the appeal being managed by All We Can.

[PressReleaseImage1] Akuch Kon eats the leaves of a local wild plant in Rumading, a village in South Sudan's Lol State where more than 5,000 people, displaced by drought and conflict, remain in limbo. © Paul Jeffrey