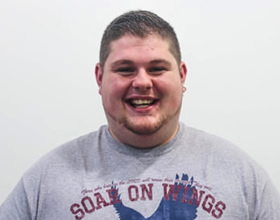 In his manifesto for Youth President, Craig Gaffney, a Methodist youth worker who spent nine months volunteering as a missionary in Sierra Leone and at a Christian orphange in India, said: "I'm passionate about inspiring and nurturing young people, watching them develop on their spiritual journey. The Church needn't be boring; it has the most exciting story of hope and change. I have experienced this hope first-hand, having struggled through the daily challenges of being a teenage Christian. It's my calling now, to empower similar young people to bring hope, to give a voice and see the growth of God's kingdom."

This year's 3Generate took place at the Pioneer Centre, Cleobury Mortimer, Shropshire. Around 250 young Methodists aged 8-23 gathered over the weekend of 14-16 November to make important decisions which will affect the life of the Church. The Rhema Theatre Company performed a piece called "The It's Not Fair" while storyteller Bob Hartman, comedian Tony Vino and science magician, Matt Prichard, used creative ways of listening to encourage the voice of children and young people. New additions to this year's event included 3Generate TV, the 3Generate Big Weekender and the 3Generate Journal.

The Children and Youth Assembly was divided into three age streams. Over the weekend of worship, friendship, art, dance and crafts, the oldest age group, aged 18 to 23, explored issues such as human trafficking, pornography, gender identity and Islamophobia. Some of the questions included: How can we encourage respect for the different sexes? How should the Church respond to questions of gender identity? And what should the Christian response to the "war on terror" be?

Megan Thomas added: "This year's 3Generate focused on the theme of "generous living," exploring ideas such as generous God, generous me and generous life. 3Generate isn't just a weekend event; for the rest of the Connexional year we will be thinking about how we can work together to make a change, whether in the wider Methodist Church or in our local communities."

3Genetare was also the launch of new mental health leaflets aimed at young people. Every young person at 3Generate received a copy of the leaflet aimed at their age group: "Taking Care of your Feelings" for the under 12s, "Staying Mentally Healthy" for the 12 to 18 year olds and "Staying Mentally Healthy" for 18 to 30 year olds. There is also a fourth pamphlet for youth workers called "Healthy Heads".

1. You can find out more about the Youth Assembly on the 3Generate website, and read about the current work of the Methodist Youth President on Megan's blog.

2. A photo of Craig Gaffney can be downloaded here.