COP26 is offering an opportunity for the world to seize the day and be involved in initiating something transformational for all people.

The Revd Andrew Baker, Superintendent Minister at Strathclyde Methodist Circuit, shares how the circuit has been gearing up for the crucial UN conference on climate change being held next month in Glasgow.

Pictured above, Woodlands Methodist Church, the Methodist hub during COP26. 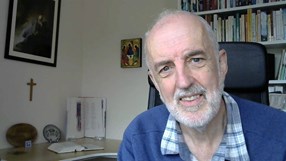 "The 26th United Nations Climate Change Conference of the Parties (COP26) is to be hosted by the UK in Glasgow! That means the Strathclyde Circuit is to be involved – surely this is at the heart of our calling as Methodists in Scotland."

The stirring to action began with the circuit staff; the circuit leadership team picked it up; the circuit meeting was up for it. Laurent “volunteered” to be the main person in making the possible possible.

Woodlands Methodist Church in Glasgow’s west end was identified as the “hub” location, from which the spirit of Methodism would spread hospitable wings. There was so much uncertainty around – with the restrictions of the pandemic, the postponement, the rumours – but we were up for it as a circuit. We have been involved with the Glasgow Churches Together team, the Climate Justice for All team, All We Can, JPIT, local artists and the wider Scotland District of the Methodist Church.

Then people from round the circuit began offering to be stewards at Woodlands, to be the face of Methodism here in Scotland, to reach out generous hands of welcome to those travelling to this special city for these two weeks, in which so much hope for the future of the human race’s life on this planet rests.

There is still uncertainty about who will come to Glasgow and find us at Woodlands and about how we will move around the city during the fortnight, but we are preparing to share our passion for justice and radical discipleship. A circuit “Green Team” has grown during our preparations, and we sense that we are being cheered on by the Methodist people in Scotland.

The circuit’s strapline is: “Inclusive; Transformational; Involved”. COP26 is offering an opportunity for the world to seize the day and be involved in initiating something transformational for all people. My feeling is that the Methodist Circuit here in Strathclyde is up for being part of that!

Andrew Baker is Superintendent Minister for the Strathclyde Methodist Circuit

More about the events planned at the church here.