Brother, sister, let me serve you 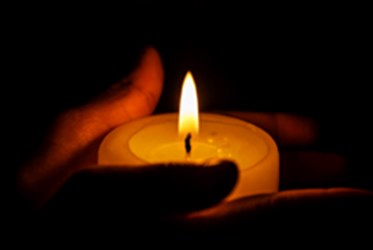 Given the inspiration for this hymn (see below), it lends itself easily to use in a Maundy Thursday service, especially when an act of foot-washing is included. It has also been suggested for use on Racial Justice Sunday, and on other occasions when congregation members are thinking especially about being alongside each other and those in need in their communities.

Consider lighting a candle to represent the “Christ-light”, and of inviting people to hold hands as they sing.

You may find it effective to sing the final verse (which repeats verse 1) unaccompanied, allowing some silence for personal reflection once the singing is ended. Richard Gillard has also said that he still believes that his words are best suited to the folk style in which they were conceived:

"Though it is hymnlike in form and sounded wonderful . . . played on York Minster's grand organ, I still prefer the down-to-earth groundedness of a guitar accompaniment and a folk-song treatment." (Quoted in Andrew Barr's book, The Nation's Favourite Hymns.) 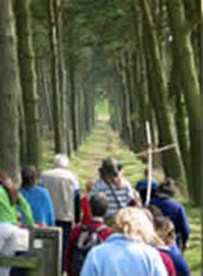 The New Zealand writer Richard Gillard here unpacks the implications of being servants for each other, companions on the journey. Indeed the hymn is sometimes known as “The servant song” or “We are travellers on a journey”.

The hymn recalls the occasion, prior to sharing a Passover meal together, when Jesus insisted on washing the feet of his disciples – a task usually assigned to a servant. When his disciple Peter protests, Jesus says firmly: “If I don’t wash you, you have no part with me.” (John 13: 1 – 11). Richard says these verses were in his mind when he wrote the hymn, together with re-enactments of that moment, which he had experienced while attending St Paul’s Church, Auckland, in New Zealand.

In fact it was the third verse of the hymn that Richard wrote first:

“It was in the first half of 1976 that I wrote verse 3 (“I will hold the Christ-light for you ...”) but, initially, no more than that. It wasn’t until one particularly summery Sunday afternoon in December 1976 or January 1977, back in Auckland, that I took that scrap of paper out of my guitar case and began to meditate on that single verse, exploring the possibilities that it suggested. I remember that the other verses came quickly – although not in the order in which we now sing the song.” 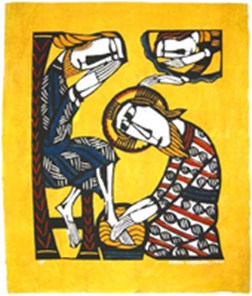 It is interesting to understand the holding of a “Christ-light” (the example, love and companionship of Jesus held, as it were, like a candle) as a starting point for pilgrimage and servanthood. (The hymn's opening line was originally: "We are travellers on a journey".) Pilgrimage (v.2) is not just about walking towards a point of worship and meditation; it is an opportunity for companionship. Likewise, servanthood is imaged here as being alongside others, whatever their need or situation – which may evoke tears but equally might be an occasion of happiness or hilarity (v.4). What is important is the gift, at all times, not only of supporting others (“I will hold my hand out to you”, v.3) but also of being able to receive graciously the gifts, support and companionship that others have to offer:

Pray that I may have the grace
to let you be my servant too. 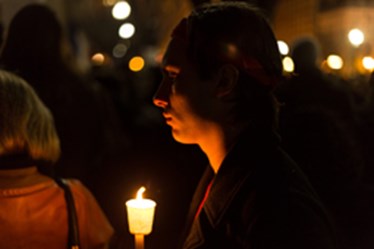 Taken as a whole, Richard’s words speak not only of how Christians should be with one another but also how they need to be with those in the communities and world around.

Richard Gillard was born in Wiltshire in England but emigrated to New Zealand with his family when he was three years old. He had no formal musical training. “I'm a self-taught guitarist and play mostly in a folk style", he says.

Singing the Faith Plus has published another of Richard’s songs, the 2011 Christmas carol, Heaven’s come so close tonight.