For the healing of the nations 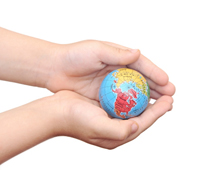 Since this hymn is worded as a prayer (“For the healing of the nations, Lord, we pray with one accord”), why not use it intentionally as one – either sung or spoken. If the verses are spoken, they divide well between leader and congregation by using the final two lines of each verse as a congregational response.

If sung, it is worth trying out both the suggested tunes for this text – Grafton (the “set” tune) and the alternative “Rhuddlan”. The latter has a more direct, “forward-looking” feel about it and is perhaps easier to sing. 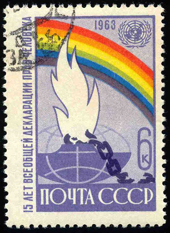 Fred Kaan said that this was probably the most widely used hymn he had ever written. He wrote it to mark Human Rights Day (10 December) in 1965 – hence the title he gave it: “A hymn on human rights”. It has since been sung at numerous national and international occasions around the world, including the 25th anniversary of the United Nations (1970), and the 50th anniversary of the International Labour Organisation (1969, the same year in which the organisation was awarded the Nobel Peace Prize).

The straightforwardness of the language Fred Kaan uses makes his words widely accessible. Indeed, for the first three verses, one might feel that the hymn could be spoken with equal commitment by a politician or a charity campaigner; in a council chamber or a school classroom. Only when we reach the final verse is Fred’s guiding conviction made clear: that Christians are called to enable and defend human rights because we are all made in God’s image and are called to respond as Jesus would have done:

You, Creator-God, have written
your great name on humankind
for our growing in your likeness
bring the life of Christ to mind;
that by our response and service
earth its destiny may find.

Though the hymn alludes to a number of verses from scripture (see Hymnary.org), the guiding theme is derived from words in The Book of Revelation: "On either side of the river is the tree of life ... and the leaves of the tree are for the healing of the nations." (Revelation 22:2). This statement was also inspired the Methodist Church’s 2015 Easter Offering campaign and resources. 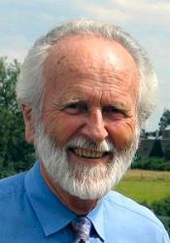 Fred Kaan was one of the most prolific and innovative of English-speaking hymn writers in the twentieth century. Many of his texts reflect his passionate commitment to social justice as an integral part of the Gospel message. (He wrote “Sing we a song of high revolt”, a version of Mary’s song in Luke 1:46-55, to be sung to the tune of the Red Flag.) In his foreword to Fred Kaan’s 1999 collection, The Only Earth We Know, Caryl Micklem writes:

“People who thing that the Church has only its own business to mind… tend to accuse Kaan of political partisanship because, like the eighth-century Hebrew prophets, he has a burning concern for social justice and global reconciliation and because he will not stop challenging us to ‘rise’ and to ‘risk’…” (as, indeed, he does in the first verse of this hymn).

This passion was formed in Holland, where Fred Kaan was born (in 1929) and lived until the early 1950s. During the Nazi occupation of the country during World War 2, he experienced physical deprivations and the “hunger winter” of 1944/45 in which three of his grandparents died. His parents were involved in the Dutch Resistance and for two years they sheltered a Jewish woman in their home, as well as a political prisoner who has escaped Belsen.

Fred Kaan’s hymns are formed out of such personal experience and also, following his move to England and the decision to enter the ministry of the Congregational Union of England and Wales, his sense that the hymns being sung week by week simply didn’t address the issues and concerns of Christians living in contemporary (and especially modern urban) society.