I heard the voice of Jesus say

Clive Grey also recommends the Welsh tune "Diferwch Teuluaidd", originally published in a Welsh hymnbook in 1844 but not re-used elsewhere since. Clive has re-harmonised the melody a little and renamed it 'Hilden' but says "it is more or less as it was first composed by R H Prichard, the composer of 'Hyfrydol'".

Clive notes that Prichard left 40 tunes, but only 'Hyfrydol' (StF 103 etc.) has made an appearance in any English-language hymnbooks. He says: "It's about time this tune did."

Listen to the tune (MP3) (played by Clive Grey)

Also see the R.H. Prichard tune that Clive suggests as an alternative for Put peace into each other's hands, StF 712.

Read more about Welsh tunes and hymns in Singing the Faith in Saint David - Songs for Dewi Sant. 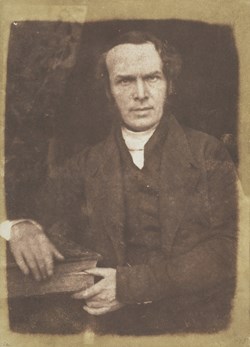 This is a deeply personal hymn by a man (image right by Robert Adamson and Octavius Hill) who responded strongly to the evangelical traditions of both the Free Church of Scotland and also the crusades of the Americans Sankey and Moody. It builds on three teachings of Jesus and, as a reflection on the ministry of Jesus, emphasises his self-giving:

Verse 1 Matthew 11: 28 ‘Come to me, all you that are weary and are carrying heavy burdens, and I will give you rest.’ There are echoes, too, in this verse, of Jesus’ own habit of finding space for rest in the midst of his hectic ministry – an example that Bonar follows.
Verse 2 John 4: 10-14 Jesus in conversation with a Samaritan woman by a well.
Verse 3 John 8: 12 ‘I am the light of the world. Whoever follows me will never walk in darkness but will have the light of life.’

In each verse, Jesus offers something to the writer (rest, living water, light in a dark world) and in response the writer’s life is changed. Those responses also reflect a process within the Christian life, moving from rest to travel: rest in the presence of Jesus (v.1); experiencing the soul's revival by drinking from the water of life (v.2); and, finally, committing oneself to a life walked in the light of Jesus, “till travelling days are done” (v.3).

As Dee Major suggested in the Methodist Recorder (15 December 2011), the popularity of this hymn owes much to the tune “Vox dilecti” specially written for it by John Dykes. The tune “changes dramatically from a minor key to a major key to highlight the responses of the writer to the words of Jesus. A clever device, resulting in a near-perfect combination of words and music.”

Also see More about the metaphor (#3 in our series about Jesus' ministry as reflected in hymns). 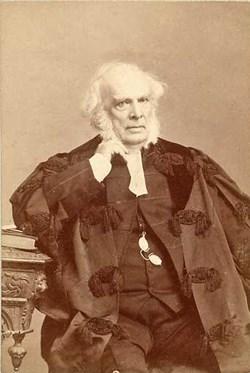 Described by the theologian and Bible translator James Moffat as “the prince of Scottish hymn writers”, Horatius Bonar was born and died in Edinburgh. He trained as a Church of Scotland minister in 1837 and was ordained into the parish of Kelso in the Scottish Borders where he wrote this hymn. At the Great Disruption in 1843, Bonar followed the leading example of his old university teacher, Dr Thomas Chalmers, and joined the Free Church. He became a Moderator of the General Assembly of the Free Church in 1883 (image left). 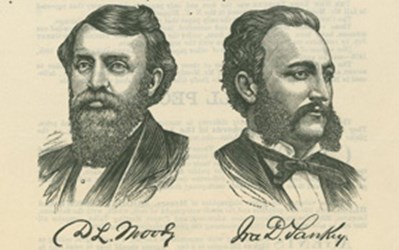 Bonar was a prolific writer of letters, books, tracts and around 600 hymns, which were championed by the American composer and evangelist Ira Sankey. Sankey used 23 of Bonar’s hymns in his successful “Sacred Songs and Solos”. In turn, Bonar supported the evangelical crusades made by Sankey and Dwight Moody to Scotland. Dee Major points out that one by-product of these crusades was that “gospel songs in the M and S vein and the playing of organs in Scottish churches began to be accepted” (though not in Bonar’s own churches in Kelso or, later, Chalmers Memorial Free Church in the Grange area of Edinburgh, which permitted only unaccompanied psalm singing).