Part 1 in our series of articles about the United Kingdom's patron saints, and the hymn traditions they represent. See For all the (patron) saints, and find out more about the man himself in Saint David - who was he? 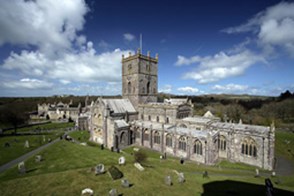 Have you ever chosen “Country or culture” in the StF+ Hymn Category Search? It offers a range of search options from “African American” to “Zimbabwe”, detouring via Croatia, Swaziland and the tradition of Shaker melodies. We wouldn’t claim that the list is exhaustive; and undoubtedly there may be categories that you think we should add. Nevertheless, as a starter for ten, it’s an interesting “world tour” – and nowhere more so if you search for hymns connected to Wales.

A scan through Singing the Faith reveals a powerful strain of Welsh melody within Methodism’s singing tradition, together with harmonies that inevitably evoke the distinctive sound of Welsh male voice choirs.

A number of our hymn tunes from Welsh heritage are “big” tunes: rousing, best sung by a decent number of gathered people, and demanding large reserves of breath – and none more so than “Blaenwern”. Together with Charles Wesley’s words, Love divine, all loves excelling (StF 503), Blaenwern may be said to have provided Methodism with one of its most iconic hymns. The steady rise of each verse from its opening low notes towards a high, confident and emphatically faith-full climax can bind a singing community together like no other hymn:

changed from glory into glory,
till in heaven we take our place,
till we cast our crowns before thee,
lost in wonder, love, and praise!

Unsurprisingly, the tune’s composer, William Penfro Rowlands, was an experienced choral conductor, of the Morriston United Choral Society and, from 1892, also precentor of the Tabernacle Congregational Church in Morriston, Swansea. Blaenwern itself was composed around 1904-5 during the Welsh revival of that time, largely experienced in the chapels and churches of Wales through the medium of the Welsh language. The tune was named for a small farm near Tufton, Dyfed (formerly Pembrokeshire), where the composer had recuperated from a serious illness during boyhood. 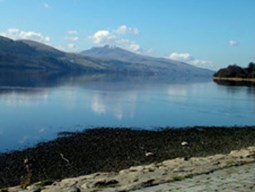 Two Welsh tunes that make multiple appearances in Singing the Faith are “Hyfrydol” and “Rhuddlan”. Hyfrydol (which means “good cheer”) has been associated with many different hymns and here provides the setting for four (StF 103, 157, 323 and 568). Its harmonies manage to combine sinewy strength with a sense of flow that almost lilts, and which somehow seems to support the idea that music may often reflect the landscape from which it has emerged. Its composer, Rowland Huw Prichard, was born in Y Graienyn, near Bala in Merionethshire where, like William Rowlands, he became well-known as a precentor. In 1880, however, apparently owing to reduced circumstances, he moved to Holywell to be a loom-tender’s assistant in a flannel mill.

Rhuddlan (StF 232, 682, 732), traditionally used by harp-playing folk musicians, is named after the historic village in northern Wales and was published in the music edition of Edward Jones's Musical and Poetical Relicks of the Welsh Bards in 1784. Its march-like quality speaks of its Welsh name: Dowch I’r Frwydr (“Come to the battle”).

Another tune that comes from the bardic tradition of Welsh harpists is the popular Ar hyd y nos, and is the setting for three Singing the Faith hymns (StF 124, 639, 652) – though none of them the lullaby that gave the melody its name: “Sleep my child, and peace attend thee, all through the night”. Like Rhuddlan, the tune was published in Musical and Poetical Relicks of the Welsh Bards. The setting included harp variations for the respective verses; the ballad was to be sung by the harpist with his/her listeners joining in the refrain “ar hyd y nos”. Perhaps the English text that most nearly echoes the mood, though not the words, of the original Welsh is Mary Peters’ Through the love of God our Saviour (StF 639), with its refrain “all will be well”.

Other Singing the Faith tunes from the Welsh traditions include “Llanfair” (set to the Easter hymn, Hail the day that sees him rise, StF 300), probably named after Llanfairynghornwy on the island of Anglesey, near to the home of its composer, the blind basket weaver Robert Williams. “St Denio” (Immortal, invisible, God only wise, StF 55) is named unexpectedly after St Denis, the patron saint of France, but is based on a Welsh ballad popular in the early nineteenth century and is known in Wales as “Joanna”.

In the end, however, is there any Welsh tune more suitable for celebrating the land of St David than “Cwm Rhondda”, sung with the words Guide me, O thou great Jehovah, StF 465, by Welsh Methodist William Williams, "the sweet singer of Wales"? Originally simply “Rhondda”, the tune was composed for the annual Baptist singing festival at Pontypridd in 1905 and first appeared in an English hymn book in the Methodist Hymn Book (1933). But church musician Erik Routley noted, ironically, that:

“It bears exactly the same relation to the high tradition of Welsh tunes that “Crimond” [The Lord’s my shepherd, StF 480] bears to the Scottish psalm-tune tradition, and is now heard more often outside Wales than in its own country.”