Thou God of truth and love 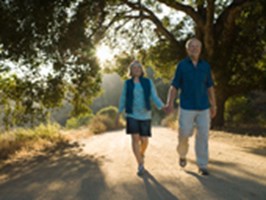 Sometimes the older language of hymns can be a barrier for those put off by the "thees and thous" of formal 18th century speech. Take one or two phrases and unpack their meaning e.g. "thy providence obey" (v.1); "why hast thou cast our lot..." (v.2); "till all receive the starry crown" (v.4). How might you re-phrase these ideas in modern language?

What does "perfect love" look like - in our lives; in the lives of those we look up to; in the life of Jesus?

Is there a community project or activity in which you can engage in order to express "perfect love" through our own actions?

This hymn was adapted by John Wesley for public use from a love poem that his brother Charles had originally written for his wife, Sarah (Sally). 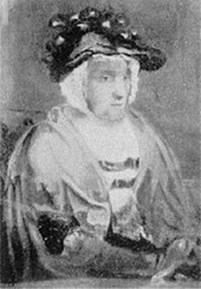 Sarah ("Sally") Gwynne, in later life - the woman who inspired a poem that inspired a hymn

Charles met Sally, a daughter of Marmaduke Gwynne of Garth in Breconshire, in 1747-8. With the support of John, who guaranteed Charles an income of £100 a year from the publication of Charles’s hymns, the couple were able to get married in 1749 in Llanlleonfel church. In the early years of their marriage, Charles wrote a series of poems expressing his devotion to Sally, including the earlier version of this hymn. Though we sing it now as an expression of our shared journey as members of the gathered Christian community (John made a number of the pronouns into plurals: “we”, “all”), it’s not hard to hear the original meaning of lines such as:

Didst thou not make us one,
that we might one remain,
together travel on,
and share our joy and pain,
till all they utmost goodness prove,
and rise renewed in perfect love? (v.3)

In his short account of Charles Wesley’s life, John Vickers observes: “... it has always been a commonplace among earthly lovers that they belong to each other ‘for ever and a day’. But the eternal quality of their love has never been more firmly grounded in Christian theology than in the verses Charles wrote for his beloved Sally.” (John Vickers, Charles Wesley, 1990: Foundery Press)