Where can we find you, Lord Jesus our Master?

A clear pattern holds this hymn together, giving it a simple, memorable, but never simplistic feel. The questions of the first verse are resolved in the last; and, in between, Allan explores the challenge implied in the question: “Where do you lead us and ask us to follow?” He described the hymn as a “mini sermon”.

The hymn offers a kind of mirror image to John Bell and Graham Maule’s Will you come and follow me? (next door in Singing the Faith, at number 673). Instead of beginning with Jesus’ questions to us, his potential disciples (as Bell and Maule do), Allan starts with our questions for Jesus. They represent our longing to be disciples in the most fulfilling way. 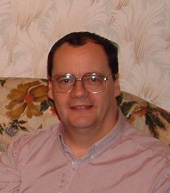 Allan said that this text, which he wrote in about 1993, must have arisen out of two things. One was the Bible Reading Notes that he was using at the time, and a particular reflection on the incarnation of Jesus. It spoke of Jesus as being with and “for” the marginalised of society – “the poor, the homeless, the people that respectable people wouldn’t touch with a barge pole”. At the same time, Allan heard a sermon that argued that, as Christians, we shouldn’t wait for people to “come through the doors to us”. Instead, we should go out to them – for that is where Christ is today.

“Where can we find you” was Allan Dickinson’s first published hymn, though he had written a wide range of hymns, worship songs, and songs more suitably sung as solos – many of these for his local church in Cardiff, where Allan was also a lay preacher. 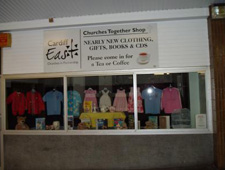 The Churches Together Shop in Cardiff's Maelfa Shopping Arcade offers the kind of practical Christian outreach that Allan Dickinson writes about in his hymn.

He had lived in Cardiff for 30 years, working for 20 years as an IT consultant in the Health Service. Originally from a Methodist background, he and his wife found a home with the local Baptist congregation in Cardiff – one, he said, that was deeply involved in ecumenical relationships within the eastern area of the city. Those relationships were typified in the “The Shop”, run as part of a local covenant relationship. The initiative also operated as a drop-in centre, a food bank and an advice centre – so showing in practical ways the ideas expressed in Allan's own hymn: “Go to the hungry, to those who have nothing… Go to the homeless, to those who have nowhere… Go to the outcast, to those who have no-one…” (vv.2-4).

This outward-looking, practical ministry, which stems from the example of Jesus, is reflected elsewhere in Allan’s unpublished texts:

In this harvest hymn, “Sing the praise of God the Father”

As we celebrate the harvest,
And the time to reap the land,
Let us not forget the needy –
Now’s the time to make a stand.
Can we share what we have given?
With good things we have been blessed.
Those of us with more to offer,
Let us give to help the rest.

And in a communion hymn – “I am the Giver”

If you are thirsty, come to the waters;
Those with no money, come, buy and eat.
Bread and wine for you freely is offered;
I am the Giver of all you need.