A Lincolnshire museum, which attracts visitors from throughout the world, is celrbating its diamond jubilee this year.

Epworth Old Rectory marked its 60th anniversary of the building having been open to the public, last month (June 2017). Following being opened as a bed and breakfast facility and latterly as a museum, having been bought by the World Methodist Council (WMC).

Until 1954 the Old Rectory was still used as the accommodation for the rector of Epworth's parish church. It was then sold and for a number of years stood empty.

"When it was bought by the WMC it was obvious that it had undergone significant changes over the years," said the Manager at the Old Rectory, Gill Crawley.

"It was in need of restoration, and an appeal was also launched to find artefacts relevant to the era when it was the Wesleys' home," she added.

Initially, as the Old Rectory had to pay its own way, it operated as a bed and breakfast venue, as well as being a magnet for Methodist pilgrims from across the world.

"Initially B&B guests would sleep under what is now known as the Whitney Quilt, which John Wesley himself used to sleep under," said Gill. "We don't even allow people to touch it today, as it is one of our most precious possessions."

The Old Rectory was built in 1709 to replace a previous rectory, which had been burnt down in a fire. This became the childhood home of John and Charles Wesley, who formed a movement that went on to become the worldwide Methodist Church.

The Old Rectory became an Arts Council accredited museum in 2009 and the restoration work is still continuing. It attracts some 5,000 visitors a year from both near and far. 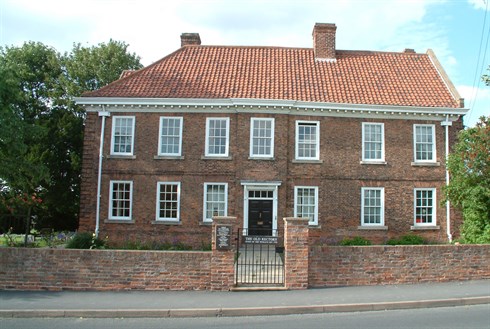