God, who made the stars of heaven 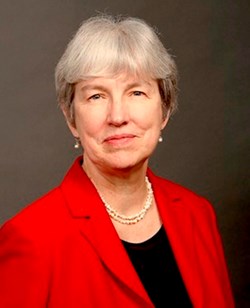 Exploring the idea of God-as-Trinity has been a core element of Ruth Duck’s work, both as academic and as hymn writer.

In this hymn, she illuminates the Trinity with the imagery of light. At the outset, the creator God is named as the one “who made the stars of heaven”. The description “light of nations”, which draws verse 1 to a close, then serves as a transition into singing about Jesus, “the living Christ, the light of nations”.

The phrase “light of nations” also helps us explore the task of God’s people. Just as it is by light that we are able to see the world around us, so the life of love lived out by the Church may also be a light by which the whole world can see God’s presence at work.

Assuming that the Church as a single, united body is how we can best manifest God’s love, Ruth concludes verse 2 with a prayer: “Send your Spirit, bond of peace, source of unity”. This prayer in turn forms the transition into verse 3, which focusses on the inspiration that the Spirit offers God’s people.

These deliberate transitions between verses (“Light of nations . . . send your Spirit. . .”) are important, as they demonstrate the interconnectedness of the three persons of the Trinity.

At the same time, Ruth emphasises the impact that each person of the Trinity has on the building up of God’s people. Alluding to the prophecies of Isaiah to the exiled people of Israel (chapter 40), she calls on God’s Spirit to “surprise us; change our lives; heal each heart in pain” (v.3). This in turn is the stimulus both for our praise of God and the witness to which we are called – a life of action that fights injustice and treats the poor “with worth”. In this way, the Trinity, as Ruth describes God, draws both our praise and our active response as God’s people.

The hymn’s final return to the imagery of light inspires a nicely ambiguous phrase: “Light of nations, fill the world. . .” speaks of God in Christ but may also refer to God’s messengers, called to do God’s will on earth. Surprised, changed, our hearts healed, we are called to embody the light as Jesus did during his days on earth, sharing God’s love throughout the world:

So may desert, coast and village
sing new songs to you.
Light of the nations, fill the world,
making all things new.

Read more about Ruth Duck in God in all our experience - the hymns of Ruth Duck. 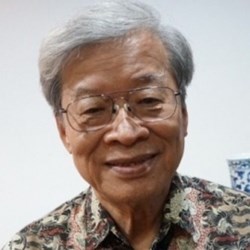 I-to Loh was born in Taiwan in 1936, the son of Presbyterian minister, Greek scholar and pioneering missionary, Loh Sian-chhun. After studies in both Taiwan and the United States, in 1963 Loh joined the faculty of Tainan Theological College and Seminary in Taiwan.

I-to Loh has worked consistently to advocate the contextualisation of Church music in Asia. “Through an intense study of ethnomusicology, his guiding principle has been that in Asian churches ‘modernization’ does not equal ‘Westernization’.” An influential teacher, Loh has composed more than 100 hymns and liturgical responses (including collaborations with the New Zealand hymn writer Shirley Erena Murray), and 30 choral anthems. Frequently, he has drawn on traditional melodies or styles from Asian cultures, as in the case of “Thian Beng”.

In 1979, Loh was appointed director/editor of the Asian-American Hymnal Project, Hymns from the Four Winds, for the United Methodist Church, and in 2000 he edited Sound the Bamboo, described as “the de facto reference to non-westernized Asian hymnody with its 315 congregational songs in 44 languages”.