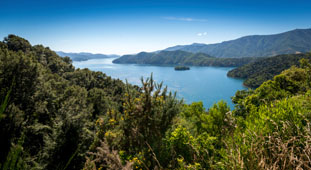 Shirley Erena Murray’s considerable output includes many hymns that address urgent social and political issues. (See those included in Singing the Faith here.) Writing in 2010, she notes that she wrote her first ‘green’ hymn – “God of the galaxies spinning in space” – in 1980, “but it has taken decades for this to become a serious and sung part of theology”*. The words of that earlier hymn (included in her 1992 collection, In Every Corner Sing) are forthright and angry. There, Shirley speaks of forests and rivers that are ravaged and dying, of land that is raped and bleeding, of birdsong silenced, and of human greed that is careless, covetous and gross. There is nothing twee about this almost apocalyptic language.

Ten years later, in 1991, the tone of “Touch the earth lightly” is quite different. The passion hasn’t diminished and, if anything, the issues are even more pressing. However, both the language and the lilting melody (by Shirley’s long time collaborator, Colin Gibson) seem to embody a vision of how God’s world can be, as well as urging us to action and transformation.

The hope of redemption underpins this hymn, whose title line is borrowed from an Australian Aboriginal saying. There is a lightness to the words that is uplifting, and the images are primarily of nourishment and new growth. Echoing the earlier “God of the galaxies” Shirley speaks of “God of the seedling”, an image that speaks of nurture, potential and God’s concern for even the smallest detail of nature (cf. Matthew 6: 26). (The earlier hymn speaks of “God of the smallest seed, our living source”.) Elsewhere, short phrases, all of them fresh and un-clichéd, endeavour to help us, the singers, feel and express the tenderness with which the world needs to be handled. 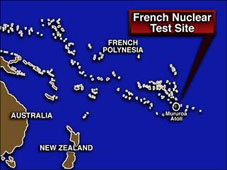 Memories of nuclear testing lie behind the words of this hymn

Only in the second verse does the mood darken. The alternative version of Colin’s tune shifts the music into a more anxious, minor key that matches the penitent tone of Shirley’s words. We admit that we are “agents of death for all creatures that live”**; we pray that God, with us, will forestall the worst consequences of our actions and forgive us. The reference to “clouds of disaster” was a specific one for those living in the Pacific Ocean region. It speaks of the nuclear testing by France, against which New Zealand protested at the United Nations for many years. The testing has ended, but Shirley notes that “the horrific effects on communities in their testing areas are still coming out”.