Were you there when they crucified my Lord? (StF 285)
When I survey the wondrous cross (StF 287i)

What kind of love is this

These words are especially suited for the Good Friday – the hymn was written for a Good Friday service in 1983. But like other strongly personal responses to God’s love (e.g. Amazing Grace, StF 440; And can it be, StF 345), “What kind of love” is an all-year-round hymn, suitable for singing or speaking e.g.

Consider framing the singing of the song with periods of silent reflection.
In worship, or in personal prayer time, use the words as a starting point to ask the question: In what ways have I seen God’s love and grace at work in my life and in the life of others? 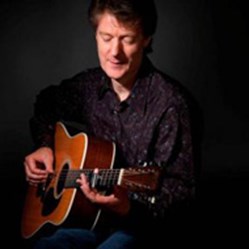 Listen to Bryn Haworth (left) perform this song and note the gentle way in which he sings words of great intimacy. Laurence Wareing explores the personal quality of the words in his reflection on the hymn for StF’s Hymns and Spirituality series.

Who would have thought that Singing the Faith would include a song by one of the UK’s foremost rock and blues guitarists – a man who has played with Led Zeppelin and Gerry Rafferty, jammed with Jimi Hendrix, and recorded sessions for John Peel and the BBC’s The Old Grey Whistle Test? 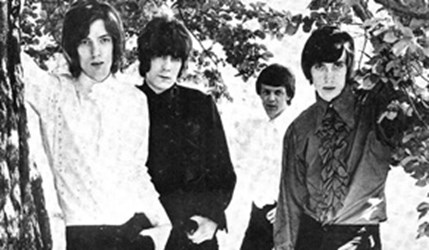 Born in Lancashire in 1948, Bryn Haworth made his way to London as a teenager and established himself in the city’s underground rock scene of the late 1960s and early 70s. He became a member of the Fleur de Lys (pictured right) which, as house band for Atlantic Records, played with a host of visiting American artists. Later, Bryn toured in America as guitarist in various American bands, and eventually moved to Woodstock in upstate New York where he met his future wife, Sally. Together they returned to the UK in 1973, living in a remote cottage in North Wales. A year later they started a journey together into Christian faith.

That journey began with a big tent Christian rally (Bryn says they thought the big top housed a circus, which is why they went in) and led them to explore healthier lifestyles. In one TV interview, Bryn comments: “We thought, if there is a God, then we’re in big trouble. He probably doesn’t like electric guitar players and dope smoking hippies…”

Byn and Sally didn’t stick with the vegetarianism but they did take on board a strong gospel influence in their music and song-writing. They didn’t want to write songs that talked about God – God being like this or that – but songs that spoke directly to the God of their experience and recorded the prayerful conversations they were having with God-in-Jesus. Songs like “What kind of love is this”.

Over the years, Bryn and Sally have worked in prisons, led worship and performed in Christian arenas throughout the world. 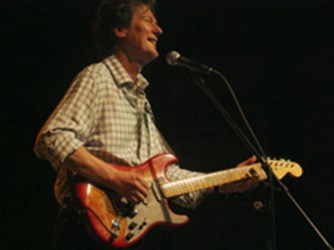 Since that period of early faith exploration, Bryn has produced over 25 albums which, as the Christian music magazine Cross Rhythms puts it, “have cast him in the mould of sanctified bluesman and sensitive worship leader while his renowned virtuosity on guitar has brought him numerous engagements with many of the finest names in the world of pop and folk.”

For more about Bryn, go to his website; and read Tony Cummings’ 1999 interview for Cross Rhythms and Lins Honeyman's more recent feature, Playing blues of hope for British prisoners.