A break from hymns - a new collection from Andrew Pratt

Words, Images and Imagination is a new collection of poems, watercolours and photographs by prolific Methodist hymn writer Andrew Pratt. 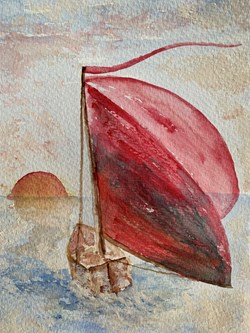 It was a return to the Leonard Cohen song “Suzanna” that provided Andrew’s starting point for the collection. Its verse that begins “Jesus was a sailor” in turn inspired Andrew to produce a hymn and then a painting. He says, “a circle of inspiration and writing began to show itself. You can join the circle at any point, pick up your inspiration from scripture, poem, art or hymn and work from there.”

A writer of hymns since 1979, a photographer since picking up a camera aged around ten, and a poet and painter from the time he was studying Marine Biology in the early 70s, in this collection Andrew draws together all these facets of his creativity. “At best, I found, this inspired new language, different metaphors, fresh words. And it can spin on taking new directions…”

Though the collection was compiled during the first England lockdown of 2020, the collection isn’t directly inspired by the Coronavirus pandemic. Instead, Andrew took the time to re-explore his files, poems and photos, associating them together, just as Leonard Cohen’s song had inspired these lines:

Always missing, never grasping,
hope amid this shifting sea,
coast and haven seem remote now,
too far off to harbour me.
Yet those fishermen are telling
news that I can't comprehend,
news that Jesus is still living,
hasn't met his final end…

Andrew says, “I returned to watercolour painting and produced a series over Easter, some continuing the association with the Cohen poem and my hymn but also reaching further into scripture. Sometimes the poems I’d written generated more watercolours of photos. Sometimes it was the other way around.” 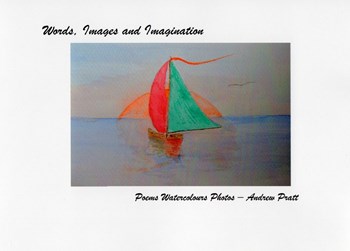 For Andrew, who currently has 30 of his hymns published in Singing the Faith and on Singing the Faith Plus, this new collection is something of a departure. No hymns this time; instead, words and images from one of Methodism’s most adventurous and thoughtful explorers of faith, doubt, and the rigours of discipleship.