By grace I have been saved;
it is the gift of God.
He destined me to be his own
such is his love.
No eye has ever seen,
no ear has ever heard,
nor has the human heart conceived
what kind of love is this? 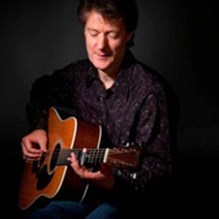 Without wishing to state the obvious, these are highly personal words, words to be sung or spoken by an individual.  We might imagine them, for instance, on the lips of the centurion who, on seeing how Jesus died, muttered, “This man must have been a son of God”. Or think, too, of Saul, on learning that the voice speaking to him out of a blinding flash of light is that of Jesus, the very man whose followers he has been persecuting with murderous passion. Might these men not ask, “What kind of love is this? What kind of man is this?”

For these are words of astonishment and insight and, like many exclamations of astonishment, they come in the form of a question. Other hymn writers ask similar questions, Charles Wesley among them: “And can it be that I should gain an interest in the Saviour’s blood? Died he for me, who caused his pain?” (StF 345) Or, on the occasion of his conversion: “Where shall my wondering soul begin?” (StF 454)

But maybe the personal quality of hymns such as these is something we sometimes take too easily for granted. Maybe the intense quality of relationship with God that many feel as young Christians – or simply when they’re young – becomes jaded over time. We may excuse ourselves by saying our faith has become more mature when in fact it has become less passionate, more routine, and less full of wonder. So the poet William Cowper asked: “Where is the blessedness I knew when first I saw the Lord? Where is that soul-refreshing view of Jesus and his word?” 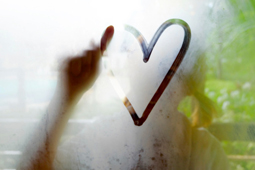 Singing with heart as well as head © 2016 Thinkstock UK, a division of Getty Images

Bryn and Sally Haworth’s hymn draw us back to that moment. When Bryn sings these words, he does so with great tenderness, as if handling a precious gift. As if holding a baby. His wonderment at “a love I’ve never known”, of being drawn to someone whose very name feels freshly minted, sounds like the silence of a rapt new parent.

The emotions of these words are that focussed. And for those of us, myself included, who are often more inclined to “think” their faith through than “feel” it, what Bryn and Sally offer is not just a hymn for Good Friday but a reminder that deep feelings have their place throughout the Christian life. I may quibble with the idea of being “destined” by God, but I’m challenged by this hymn’s insistence that the ultimate loving action of Jesus on Calvary can draw from us a responsive passion, if only we will allow it flight.

But there’s something else here, too, other than a sense of intimacy. It’s there in the questions: the acknowledgement that there are things about our faith that we cannot know with our head. There is much, as St Paul told the young Christians in Corinth, that:

No eye has ever seen,
no ear has ever heard,
nor has the human heart conceived…

To accept this and to be relaxed about it sounds counter-intuitive when so much of the time we desire or demand explanations and clarification. It is painful, as we know from relatives of the Hillsborough victims, to have to fight long and hard, and then some more, for answers.

What St Paul, once the arch-legalist, came to understand, and what Bryn and Sally echo, is that we are indeed offered answers about God’s way of being.  But they come not, in the end, through argument and cerebral exercise but by an experience of love so broad as to be virtually inconceivable. The third verse doesn’t begin, as we might expect it to, by asking “What kind of God is this?” Instead, we are invited to recall the grace that we experience and can feel in our heart.

Even so great an academic thinker as St Augustine made that Pauline journey from head to heart, giving credence to feelings as well as to thoughts, for there the idea of grace and forgiveness can take root incomprehensibly. 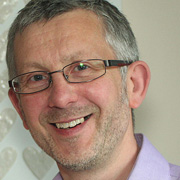 Is that to say that feelings are good and thinking is bad? I trust not. Paul wouldn’t; nor John Wesley, even given the life-changing strength of his “heart-warming” conversion at Aldersgate Street. Rather, here is a hymn that reminds us of God’s desire to find expression in every part of our lives – heart as well as head – and in doing so to make us feel whole.

Laurence Wareing is Editor of Singing the Faith Plus.