Beyond these walls of worship

As this hymn draws upon Romans 12, consider pairing a reading from that chapter with the singing of these words. 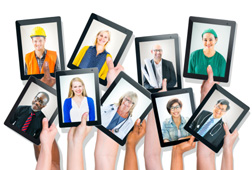 How do we express our faith once Sunday worship is over?

This is a text that can be accompanied by different sorts of reflection on the way we live our daily lives:

This text was originally intended for inclusion in a Singing the Faith section, later removed, headed “Faith in life and work”. It was written in recognition of the way a worshipping congregation is made up of individuals, each of whom has a life “beyond these walls” – as a banker, mother, shop assistant, doctor… “It’s about whole life discipleship”, says Ian; “that sense that your faith matters after an hour of worship is over”.

Referring to Paul’s letter to the Christians in Rome, Ian admits that Paul’s challenge can be a tough one: “I appeal to you therefore, brothers and sisters, by the mercies of God, to present your bodies as a living sacrifice, holy and acceptable to God…” (Romans 12) “I didn’t want to be a living a sacrifice”, Paul says, but he has come to understand that phrase as about “attempting to live every moment for God – we’re not always conscious that whatever we do, in thought, words and deed, we do it for God”.

The hymn reflects with honesty on the realisation that this is sometimes easier said than done – for example “when the people that surround us deny that [God] is there” (v.2) For that reason, our prayer is for strength “to make the whole of life our worship as we witness to your love”, so transforming our everyday lives and work into the kind of sacrifice that makes God’s presence known in the communities within which we live. 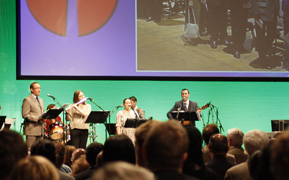 Paul and Ian talk about what motivates their hymn writing and worship leading in Faith sung and shared.