Christ, our King before creation 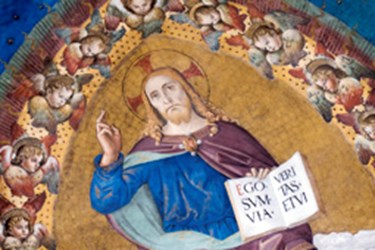 Though located in the Prophet, Priest and King section of Singing the Faith, this hymn also reflects the themes of ‘Christ the Saviour’ and ‘Calling and commissioning' - especially our sense, as worshipping communities, of being tasked to work for God’s heaven on earth. This task is central, too, to our reflections on Christ's ascension. As much as The Ascension is about Christ taking his place 'with God', it is also a springboard for the future activity of Jesus' disciples: they are called to proclaim repentance and forgiveness of sins (Luke 24: 44-53).

And of course the hymn will be useful if you are marking the Feast of Christ the King (the final Sunday of the liturgical year – the Sunday immediately preceding Advent).

Ivor Jones’s hymn also offers a useful starting point for a discussion about what we mean and experience when we contrast the “human Jesus” with the “divine Christ”; and how we explain (as St Paul needed to) how the crucified Jesus was not only beloved by God but possessed the very qualities of God. This was the fundamental “stumbling-block to Jews and foolishness to Gentiles” (1 Corinthians 1: 23)

For a hymn originally written as a last minute filler, Ivor Jones’s text reflects centuries of theological debate both succinctly and memorably.

As secretary to the editorial committee for the 1969 Methodist hymn supplement Hymns & Songs, Ivor was tasked with replacing a text that had been withdrawn at the last minute. The replacement had to fit the metre of Ivor’s own tune "Handsworth" and the first line needed to fit alphabetically with the book’s layout, which had already been established. Christ, our King before creation was the result. 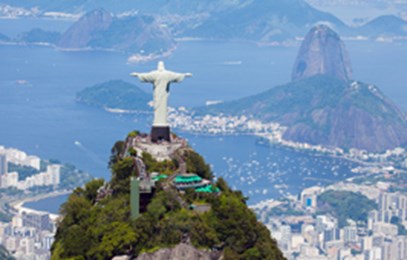 The words speak of a Christ who was in existence before creation began. The ‘God-ness’ of Jesus is assumed in a way that balances our (sometimes stronger) awareness of his humanness.

Some find the language of kingship uncomfortable, seeing it as being over-laden with concepts of maleness and hierarchy. However, Ivor’s use of the term ‘King’ arguably addresses that dis-ease. The paradox of a king “crowned in deep humiliation” is there from the start, and we understand that the reign we are asked to embrace is one of a king of life and love.

This is the same king celebrated on the feast of Christ the King, instituted by Pope Pius XI in 1925 “to challenge the mostly far-from-Christian powers of the contemporary world”, as Adrian Hastings puts it.

But perhaps what is most striking about this hymn, which on first sight may appear to be about the nature of Christ, is that it turns out to be more about our response to the life of Jesus. Originally titled "Praying for the kingdom", the hymn describes the nature of our partnership with God. Ivor highlights the remarkable fact that the “partners in God’s plan” who nevertheless put Jesus to death (v.1) are, despite everything, the very same partners in whom God’s aims will be achieved (v.3):

‘Lord, in us your aim achieving,
come and reign in us today!’

Such grace was a very important theme for Ivor Jones. One version of the hymn (unsourced, New Zealand) that speaks of Jesus crowned in deep humiliation “by a crucifying clan” somewhat skews Ivor’s intention – to demonstrate God’s continuing faith in the people-partners tasked with establishing God’s heaven on earth. As Tom Wright puts it in his 2016 book The Day the Revolution Began, the stories of Jesus’ crucifixion and resurrection in fact allow the people of God to reclaim their vocation as people who work for justice and wholeness with Christ as King of all creation. 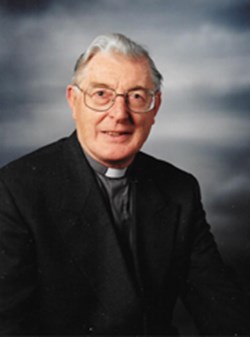 As a young man he had read Classics and Music at Oxford where he was also the organ scholar at Brasenose College. Later, he trained for the ministry at Wesley House, Cambridge, and in Heidelberg. He was a circuit minister at Friern Barnet in the London Highgate Circuit but the majority of his career was spent teaching in ministerial training institutions – including, for 15 years, as Principal of Wesley House before retirement in 1999.

A passionate preacher, he took on the editorship of the Epworth series of biblical commentaries; he himself writing the volumes on the Apocrypha, Thessalonians and the Gospel of St Matthew. His 1995 publication The Matthaean Parables was the product of thirty years of research.

As a musician, Ivor was a significant voice in the development of Hymns & Psalms. His own hymn tunes included Handsworth (the original tune for ‘Christ our King before all creation’, named after the Methodist ministerial training college in Birmingham), and Muff Field (StF 458) and Sharrow Vale, both named after Wesleyan Reform Union churches where he worshipped in his youth. Until not long before his death, Ivor edited a weekly music column in the Methodist Recorder, exhibiting his catholic taste and prodigious knowledge.

In 1988 Ivor gave the Cato Lectures at the Assembly of the Uniting Church in Australia. These were published under the title Music a Joy for Ever. In them, he defended music as the primary Christian art, arguing against the strain in Christianity that has been suspicious of music as being seductive and leading to flabby sentimentality, compromising the toughness of the faith. Rather, Ivor championed music as a gracious and providential preparation for the Gospel.

(Some of the notes above are drawn from the address given at Ivor Jones’s funeral on 22 April 2016 by the Revd Robert Dolman.)