Fill thou my life, O Lord my God

Horatio Bonar keeps his response to God’s love highly personal (“Fill thou my life…Not for the lip of praise alone I ask…”) and would benefit from being heard spoken by individual voices.

E.g. Use the text as a Call to Worship or as a closing prayer, with the worship leader reading the first verse and members of the congregation reading subsequent verses from where they sit or stand.

(Alternatively, adapt the first verse as a corporate Call to Worship by using “our lives” and “our whole beings” instead of the original.)

Try singing this hymn quietly throughout – an idea that works most effectively perhaps with the first suggested tune, “St Fulbert”.

Originally published in Bonar’s Hymns of Faith and Hope, Third Series (1866) under the heading “Life’s Praise” and in the form of six verses with eight lines each.

The sentiments of the hymn respond to God’s declaration in that we have been “formed for myself so that they might declare my praise” (Isaiah 43: 21). Everything made has been created by God (including “the common things of life, / its goings out and in”, v.3) and is therefore sacred. We are bound to, or encircled by, God in all our experiences of life, so that every step is to be made in “fellowship with thee” (v.5) 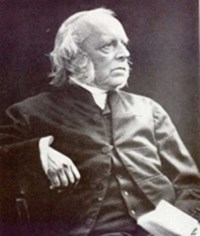 Described by the theologian and Bible translator James Moffat as “the prince of Scottish hymn writers”, Horatius Bonar was born and died in Edinburgh. He trained as a Church of Scotland minister in 1837 and was ordained into the parish of Kelso in the Scottish Borders where he wrote this hymn. At the Great Disruption in 1843, Bonar followed the leading example of his old university teacher, Dr Thomas Chalmers, and joined the newly formed Free Church. He became a Moderator of the General Assembly of the Free Church in 1883. 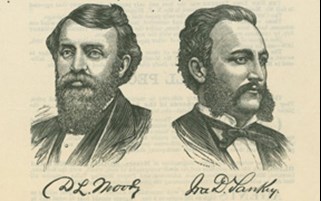 Bonar was a prolific writer of letters, books, tracts and around 600 hymns, which were championed by the American composer and evangelist Ira Sankey. Sankey used 23 of Bonar’s hymns in his successful “Sacred Songs and Solos”. In turn, Bonar supported the evangelical crusades made by Sankey and Dwight Moody to Scotland. Dee Major points out that one by-product of these crusades was that “gospel songs in the M and S vein and the playing of organs in Scottish churches began to be accepted” Bonar himself was a fan of the harmonium, the organ's predecessor for much hmn singing.

Bonar’s own churches in Kelso and, later, Chalmers Memorial Free Church in the Grange area of Edinburgh, did not permit hymn singing, so he never heard his own hymns sung in worship by his own congregations.