How long, O Lord, will you forget 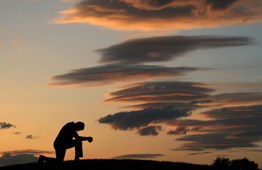 This is one of many hymns in Singing the Faith that paraphrase, or are directly inspired by, individual psalms. (Indeed, StF 631, which follows, is Brian Doerksen’s paraphrase of Psalms 121. You may also be interested to read what David Lee has to say about psalms: In praise of psalms.)

In worship, you may wish to consider reading one or both of these psalms before or after singing this hymn. It can be helpful to hear (or sing) a passage of scripture more than once in a service in order to more fully hear its messages. We often pick up something new or fresh a ‘second time around’.

This may also be a helpful way to begin a discussion group – perhaps adding in one or more translations of the Biblical psalm. Discussion questions arising from the hymn/psalm might include:

This hymn, like a number of Barbara Woollett’s texts, is a psalm paraphrase: in this case, Psalm 13, which begins “How long, O Lord? Will you forget me for ever?”

Verses 1 and 3 re-word other phrases from the psalm, describing the psalmist’s feelings of intense despair – “a heart overwhelmed with grief” (v.1), and thankful trust in God’s steadfast love (v.3). Also in verse 3, the psalmist’s “I will sing to the Lord, / because he has dealt bountifully with me” may be perceived in Barbara’s thankful “you forgive / with mercy from above”. 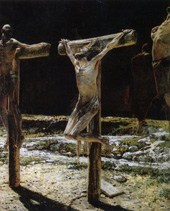 Some readers have found suggestions of Psalm 15 in this text. However, that psalm – which sets out to answer the question: “O Lord, who may abide in your tent? / Who may dwell on your holy hill?” – focuses far more on the kind of lives God expects us to lead, and how we should relate to our neighbours. This emphasis is absent from Psalm 13 (though could be implicit in how the psalmist understands trust in God’s steadfast love to be worked out in practice).

What Barbara certainly omits from her paraphrase is any overt reference to the central section of Psalm 13, in which the writer envisions not only his or her enemies “prevailing” but also that, without the gift of God’s light, “the sleep of death” is the only likely outcome.

Nevertheless, Barbara’s hymn reminds us of the intensely personal nature of many of the psalms and the absolute conviction of God’s presence that underpins them. The cries of despair may themselves be seen as a measure of the writer’s faith – the belief that God is present even when seemingly absent; listening to us even when, as Barbara puts it, “your face is turned away from me.” (v.1) Indeed the very opening words, “How long . . .”, imply an ending: a time when our pain and concern will conclude and God’s love be felt “more nearly” (Day by day, dear Lord, StF 444 – the Prayer of St Richard of Chichester). Compare this with opening verse of William Cowper’s hymn:

O for a closer walk with God,
a calm and heavenly frame,
a light to shine upon the road
that leads me to the Lamb!

Barbara Woollett is a member of the Jubilate Group, a Christian publishing house founded by Michael Baughen in the 1960s, which administers copyright for more than sixty composers and writers. Her first hymn text, a version of Psalm 147, was published by Jubilate in 1984.

Barbara has always lived in Southampton. Over the years, she has combined being a full-time housewife and mother with volunteering as a hospital ward assistant, studying GCSE Drama as a mature student, and being active in local amateur dramatics. Since 1999 she has held no church affiliation but writes that she is “still trying to make Jesus Christ known by my daily walk of faith in God’s grace”.