Would I have answered when you called 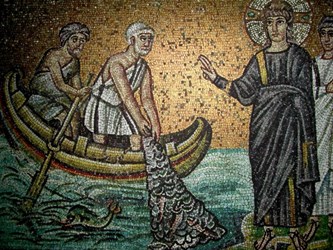 Herman Stuempfle’s hymns offer honest accounts of how we are as human beings. See, for example, When the bonds of love are breaking (StF 656).

“Would I have answered” represents a very personal reflection on the Gospel stories of Jesus recruiting his first disciples, with their concise narratives of call and response. Jesus calls “Follow me”, and the fishermen brothers Simon and Andrew do just that, without hesitation.

The story is the starting point for many hymns in Singing the Faith: for example, John Bell and Graham Maule’s Will you come and follow me? (StF 673); or the aspirational “Here I am, Lord” of Daniel Schutte’s I, Lord the sea of sky (StF 663), which also reminds us of the boy Samuel and some of the prophets of Hebrew Scripture.

Stuempfle inserts a cautionary note to the kind of enthusiastic response we often bring when we sing such hymns. It may be that, like Jesus’ first disciples, “all I longed for I have found by the water” and that our desire is to “seek other shores” with Christ (Lord, you have come to the seashore, StF 558). Nevertheless, as the saying goes, “when the chips are down…”, how easy would we find the call – not least if we are were required to follow Jesus in giving our lives for our faith commitment? Would we, like Jesus’ scattered disciples, have “slipped away and left you there alone”? (v.3).

The truth is, Stuempfle concludes, many of us simply have to say “we do not know”. We can only pray that Christ-in-us will give us strength beyond our own “to follow faithfully”. (v.4)

Moving on from what feels safe and familiar can be challenging (v.1). It’s a task Rosemary Wakelin also addresses in her hymn The world we thought we knew is changing fast (website only). Alluding to another biblical story (Matthew 14: 24-27) , she writes:

You take the stuff of chaos, fear and dread,
and make a path where we can safely tread;
and if we fear the wildness of the wave,
we know your outstretched hand is there to save.

In his commentary on “Would I have answered”, Michael Hawn recalls talking to Herman Stuempfle about this hymn:

“Two years before his death, during the slow, but inevitable advance of ALS, the Rev. Stuempfle reflected on this hymn to this writer: “'Would I have followed' is more subjective than most of my texts. It was prompted by reading and reflecting on Mark 1: 16-20. Mark’s brief narrative is like a mirror that insists upon self-examination. Does the security net of comfort and privilege most of us enjoy keep us from making the immediate and total response of those four fishermen? Are we willing to pay what Bonhoeffer calls ‘the cost of discipleship?’ Such questions cannot be answered in the abstract. Answers appear only when our life circumstances bring us to moments of decision.”

(Comments by Michael Hawn drawn from his "history of hymns" articles for the United Methodist Church: Would I have answered when you called.) 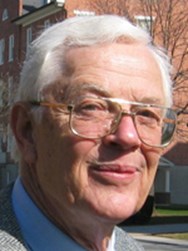