For the music of creation 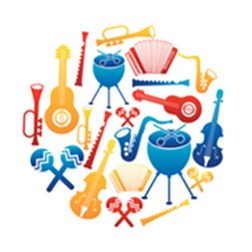 Despite the dignity of Hubert Parry’s rousing tune “Rustington”, this hymn (like other hymns suggestive of Psalm 150, see below) cries out for the box of toy instruments to be brought in from the crèche and for children to participate in the music making with uninhibited enthusiasm.

If your congregation is lucky enough to have a group of instrumentalists who can evoke some of the sounds suggested (“drum and trumpet, string and reed”, v.2), then spend some time rehearsing this hymn before the service.

There are many hymns in Singing the Faith that draw on the scripture tradition (not least in the psalms) of calling on all of nature to sing praises to God, e.g. All creatures of our God and King, StF 99.

There are even more hymns that call on people of faith to sing and make music in praise of God, e.g. Sing of a God in majestic divinity, StF 13; Sing to him in whom creation, StF 14; or Henry Lyte and Charles Wesley’s explicit borrowings from Psalm 150:

Strings and voices, hands and hearts, Alleluia!
in the concert play your parts; Alleluia!
(Henry Lyte, Praise the Lord, his glories show, StF 84)

Celebrate the eternal God
with harp and psaltery,
timbrels soft and cymbals loud
(Charles Wesley, Praise the Lord who reigns above, StF 85) 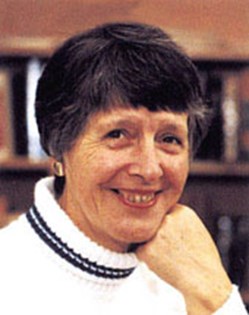 This hymn by Shirley Erena Murray (pictured left) also draws on the joyful celebrations in Psalm 150 but extends the music making images in slightly different directions:

In verse 1, music is a way of expressing divine activity: creation has its own “music” (echoing the Greek notion of the “music of the spheres”) and God’s Spirit sings a song. Most strikingly, God is “the world’s composer” and we are “echoes” of God’s voice – a translation into musical terms the idea that we are made in the image of God.

In verse 3, Shirley allows the idea that shared music has the capacity to heal and unite to express God’s dream of justice and harmony in the world:

Over discord and division
music speaks your joy and peace…

Shirley’s hymn was written in 1988 as a contribution to a Festival of Praise celebrating the Arts at an ecumenical event in Wellington, New Zealand. “Though Beethoven’s ‘Ode to Joy’ was the tune on that occasion,” she says, “I hope it is never repeated!” Singing the Faith uses Hubert Parry’s almost equally imposing tune, “Rustington”.

Other hymns that explore similar themes:

When in our music God is glorified (StF 731), Fred Pratt Green’s celebration of the long Christian tradition of harnessing music to express the Gospel – an idea that Brian Hoare picks up in Born in song! (StF 21), drawing inspiration from the preface to the 1933 Methodist Hymn Book.

The God who sings a new world into being (StF 714) Douglas Galbraith uses the image of musical creation as a prelude to exploring how, through the divine commitment to peace and justice, God desires our “many voices, varied gifts to sound in symphony”.