James Smetham’s commitment to his Methodist heritage was a core part of who he was.

In its publicity for Smetham’s bicentenary, The Oxford Centre for Methodism and Church History (OCMCH) organisers write: 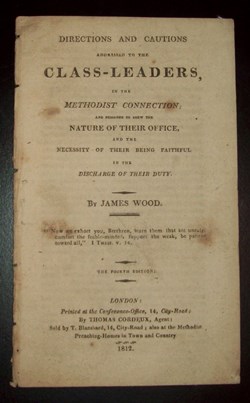 “Born in Pateley Bridge, Yorkshire, 9 September 1821, Smetham came from a strongly religious family. His father, uncle and brother were all Wesleyan Methodist ministers, and he led a Bible Class at the Wesleyan chapel in Stoke Newington, London. His Methodist faith was fundamental to his life and art.”  They describe Smetham as “a devout Methodist Class leader” (right and image below) and note that “his art was never commercially viable: it was his position as drawing master at Westminster College (the Wesleyan teacher training institution) that remunerated him financially, socially and spiritually. There he also met his wife, Sarah Goble, a music teacher, was to prove the bedrock of his life, and the mother of their six children.”

Smetham’s artistic techniques may be seen to at least echo the Wesleyan emphasis on living towards perfection – or indeed be Smetham’s own way of striving towards it. Davies writes that his view of life was “a noble one. It lay in the clear apprehension that the main purpose and object of it. . . [was that] the soul was born into this world in order that it might be expanded, elevated, and perfected to the divine standard.” Everything in his life was directed to this purpose. “Even his art became to him but a means towards the attainment of this lofty purpose.” It was an all-consuming task. “Piles upon piles of pocket-books and note-books were filled with the pictorially drawn results of his readings, his things, his relationships with the world, his mental conceptions, and his spiritual aspirations; some of them interwoven with a network of connecting lines which could only be disentangled by himself.” 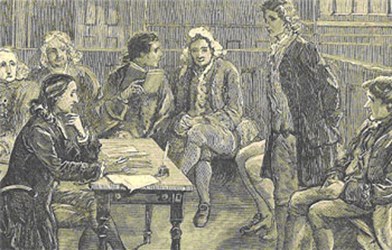 There is an implied tension here, one that raises questions for Methodists. Was a quest for perfection (which is an unhelpful simplification of the Methodist doctrine of Holiness) either a symptom or cause of Smetham’s anxiety and increasing mental ill health? Reviewing an exhibition of his art at the Yale Center for British Art in Connecticut, Vivien Raynor commented that “the artist's religiosity could not have been much help, either, although Methodism was by no means the most oppressive of the Nonconformist religions to sweep England.” (New York Times, October 1994).

Charles Wesley’s hymn O for a heart to praise my God (StF 507) is one of many Wesleyan expressions of Christian perfection. James I. Warren Jr. describes the hymn as “Seeking Perfection in Love.” In the first verse, the singer prays for their heart to be set free from sin, and the following verses “plead to God to keep her or his heart pure, growing to be more like Christ.” The aim (v.4) is to be “perfect, and right, and pure, and good, / a copy, Lord, of thine!) cf. Purify my heart, let me be as gold by Brian Doerksen (StF 508).