The History of JMA

Before the official beginning of the Wesleyan Methodist Missionary Society, children were involved in the support of the work. The movement began in 1812 when Joseph Blake heard a very inspiring sermon about missionary work.

He returned to his village of Wandsworth, Surrey and started to encourage the children in his Sunday school class to contribute 1/2 d (half a penny) a week for this work. 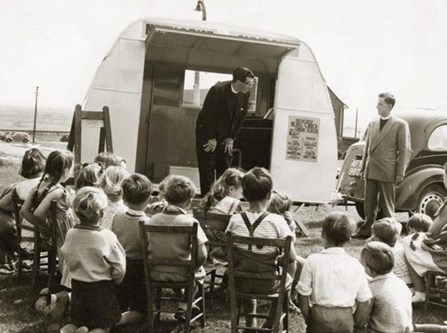 Other teachers copied the idea and started to collect 1/2d from their pupils each week. After a few weeks, Blake noticed a drop in attendance and discovered that some children could not afford 1/2d and could not attend.

He also noticed that there was a rumour that the money he was collecting was for the teachers' salaries!

Blake gave back all the money he had collected and put an equal amount from his own pocket into his missionary box.

In 1815, there was a Juvenile Missionary Society started at City Road, London. Similar Societies were also formed in Leeds, Hull, Halifax and at Kingswood School.

In 1815, Blake moved to Harrow and he found that there were no contributions made to missionary work except his own private subscription.

In 1823, a local preacher named Mr Hill came to live in Harrow and he and Blake became good friends. They decided to hold a missionary meeting to try and arouse enthusiasm.

Mission for children is born 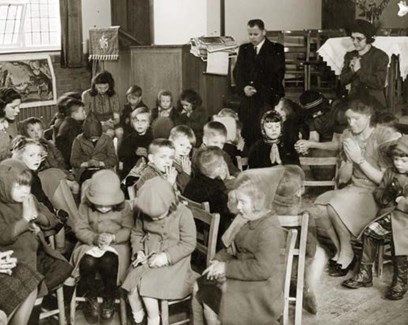 They invited the secretaries from Mission House (then a house in Hatton Gardens).

After this meeting, a missionary branch was formed; one of the collectors was a small boy of eight who, under the direction of his uncle, collected £2 5s (shillings) 0d (pence).

It was then gaining interest and Blake was asked to work out a plan for training children to collect for missionary work. If it proved successful, then it would be used throughout England. Blake emphasised that the plan to train the children to be collectors must not be estimated solely by the amount of money given to the Mission Society but by the way it would train their characters.

Helping people in need - at home and abroad

In 1841, JMA became an integral part of the Methodist Church throughout Britain, but the proportions of the money raised to support work "at home" and "overseas" varied from place to place, until in 1932 when the Methodist Uniting Conference laid down that:

"'In every Circuit of Great Britain, and where possible, in every local church, there should be a Juvenile Missionary Association (later changed to Junior Mission for All), the members of which shall be taught to regard the missionary activity of the Church, as one whole, irrespective of geographical position.  They shall collect for mission, simply so denominated, and the amounts so collected... shall be divided between the Methodist Missionary Society and the Home Mission Fund in the proportion of 4/5 and 1/5 respectively.'"