What is a supernumerary? 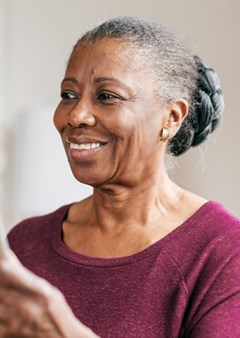 Rather than talking about retirement, Methodist presbyters and deacons (who are normally expected to be itinerant) ask permission ‘to sit down’, that is, they seek permission no longer to travel.   In ‘sitting down’ the church believes that supernumeraries still have a ministry in which to engage, but by common consent they are no longer available to be stationed to the ‘active work’.  At the same time, they are no longer entitled or required to live in a manse; normatively, they are in receipt of a pension rather than a stipend.

However, it can be misleading to talk of the point of sitting down as the end of ‘active ministry’. Most supernumeraries will remain active by leading worship therefore making themselves available to the superintendent as willing assistants whilst still being no longer available to be stationed.

Across the connexion supernumeraries play leading roles in the mentoring and training of local preachers, serve as secretaries or convenors of circuit committees, offering supervision and hold office in the district. This is an area not of law but of grace, and the aim of this guidance notes is not to attempt to legislate but to suggest how best practice might be identified and adopted.

Some ministers approaching normal retirement age feel themselves unready to make the step to the greatly reduced ministry that they see others exercising and look for links to what what they have been doing. This aspiration often coincides with the pastoral and missional needs of a circuit that has not been able to fill all its appointments through the stationing process. Any such arrangement should be confirmed by an appropriate letter of understanding. See, Paid work in retirement below.

This page has been drafted after theological refection within the Connexional Team, in the Ministries Committee,  at the Diaconal Convocation, and at various synods across the Connexion.  Further reflection and insights are welcome.  Please refer all such comment to mvw@methodistchurch.org.uk

The procedure for becoming Supernumerary is set out in SO790.

Sitting down is a major transition and needs to be carefully planned. Ministers are encouraged from the first year of what would seem to be their last appointment/ extension to consider how they are preparing for the transition. To this end a retirement course is offered for all presbyters and deacons during their putative last appointment.

Those approaching supernumerary status need to think carefully about the locus of retirement and the effect that this might have on those in pastoral charge in the circuit in which they make their home. It is generally been advised that ministers do not make their retirement home in the circuit in which they served their last appointment. However, many (for good reason) choose to do so, or retire nearby, or to return to a previous circuit.

A pastoral conversation after a year or more would also include a review of the position as relationships may be different in reality from what had been anticipated.  See, navigating being supernumerary (add link)

A break of three to six months from preaching and other pastoral work is recommended at the point of sitting down. Where there is a risk of continuity with a previous appointment, that break might be advised to be up to a year rather than the usual three or six months. See, 'Navigating being supernumerary' below.

See the separate page on Planning for retirement

All supernumeraries are expected to keep up to date with safeguarding training and DBS (or equivalent) checks.

Those who have sat down should give themselves and the circuit time to adjust to the new reality. A period of at least a quarter and up to a year without the exercise of ministry is generally thought to be a helpful time of reflection and adjustment. During that year both the superintendent and district chair will want to explore with the supernumerary his/her personal situation, sense of call, capacity and interests before suggesting that he/she begin any new work.

A supernumerary is responsible for her/his exercise of ministry to his/her district chair.  Supernumeraries are accountable to the superintendent of whatever circuit in which they exercise ministry for what they do there. If a supernumerary is doing more than preaching on the plan in a circuit the circuit leadership team or superintendent should consider whether a letter of understanding should be in place.

It is imperative that this ministry be offered and received with grace. Exercising ministry (but no longer having pastoral charge or a seat in the circuit leadership team) can feel awkward; occasionally the ministry of supernumeraries has been experienced by others as undermining of those who hold pastoral charge and, sometimes, supernumeraries have felt themselves to be unwanted or unheard within the life of the circuit. These tensions can be exacerbated where the supernumerary’s home is in or near the circuit in which s/he was last in the active work.

It is not unusual for a supernumerary to be remunerated for the ministry they undertake as a circuit (particularly if they are covering the work in what might be an unfilled active station).  In return for an honorarium, the supernumerary may offer a percentage of his/her time to pastoral work. (SO 792(2)) lays out the importance of a letter of understanding (not a contract) covering any pastoral work undertaken on a regular basis.  For more detail, see 'Paid work in retirement' below.

Supernumeraries undertaking significant pastoral responsibility under a letter of understanding SO 729(2) should be in supervision as a means of support for the accountable exercise of ministry.  Read more about supervision here.

The pastoral care of supernumeraries

In 21st-century Britain, many people experience two stages in their retirement: the first a period often of activity with plenty of free time and the latter a time when mobility and energy are reduced and some faculties become less reliable than they were. Supernumeraries experience these things as much, as unevenly and as unpredictably as everyone else and so the pastoral care that they are offered needs to be alert to the supernumerary’s stage of life.  The circumstances of supernumeraries (their health and that of their spouses, their financial position, their continued enthusiasm for the work of ministry, their ability to travel, and the other demands upon their time) vary enormously and can change quickly and unexpectedly.

The pastoral care of ministers is the particular responsibility of a district chair and this is no less the case for supernumeraries. That care is shared with the superintendent and, in the case of deacons, the Warden of the Methodist Diaconal Order.

It is appropriate, therefore, that each supernumerary receive a visit from the district chair (or his/her deputy) at least once per year partly, but not solely, in order to review the exercise of ministry.

It is also reasonable to expect that at least annually each superintendent will have a pastoral conversation with the supernumeraries in his/her circuit, part of which will expressly address the supernumerary’s contribution to the life of the circuit.

See here for a sample letter which a Superintendent might send to a Supernumerary after their initial meeting.  It includes an example of a Statement of Supernumerary Status in the Circuit.  This is intended to offer clarity rather than change any of our standing orders.

There should be no expectation of a visit at a particular time of the year; it should also be stressed that other ministers and lay people can and should be involved in the pastoral care of supernumeraries and that church might want to ask its pastoral visitors to include any supernumeraries in their area (albeit informally) on their class list.

Annual pastoral conversations are a usefully be an opportunity to ensure that the supernumerary is aware of and fully compliant with expectations around safeguarding and that where a DBS check is required it has been obtained. Such conversations should be informed by the latest guidance: see www.methodist.org.uk/safeguarding; it is important to note (and to follow) the process of exemption from the requirement for a DBS check for those no longer exercising any public ministry.  Those conducting these conversations need to invite the supernumerary to share any financial difficulty s/he might be experiencing.

Supernumeraries in circuit and district life

Supernumeraries will often serve on the Plan of adjacent circuits. District superintendents’ meetings might usefully keep under review the ministry of supernumeraries serving in more than one circuit to reflect collegially on the appropriateness of what is being offered and exercised.

Supernumeraries remain members of the district synod (though their attendance at the representative session is optional).

Supernumerary presbyters have often valued the fellowship of the presbyeral synod; particularly, in districts where large numbers of supernumeraries reside, the contribution of those no longer in the active work can be significant, though district chairs will be careful to ensure that it does not become disproportionate. The synod can be a place where wisdom is shared and appreciated whilst the mission of God in the district is the primary concern.

Supernumerary deacons are members of the area group meeting.

Supernumeraries remain in the covenant relationship with the Conference, they will expect and be expected to continue to exercise the ministry of a presbyter or deacon as outlined in SO 792(1).

Improved healthcare and increased longevity have led to a change in expectations in and of older people about work beyond state pension age; this is as true of ministers as of those in other professions.

It is appropriate for those who offer a significant amount of their time to the work of the circuit to be offered remuneration. Where a supernumerary is undertaking part of a role that would have been that of a minister in the active work, it would not be inappropriate for that remuneration to be equivalent to the basic stipend on a pro rata basis.

If a supernumerary is offering to take pastoral charge of offering the equivalent of 50% or more of a full-time appointment this is viewed as a return to the active work, the supernumerary concerned must seek the permission of the stationing advisory committee. Your district chair will advise how to do this.

Occasionally, a supernumerary will request and be given permission to return to full time active work.  In these instances, the usual terms would apply including either the provision of a manse or the requirement to seek permission not to live in a manse.

Circuits are required to offer to supernumeraries a preaching fee of £25 per appointment.

Supernumeraries are entities to claim back, from the circuit, any expenses incurred in the discharge of their ministry.

Where a supernumerary is undertaking part of a role that would have been that of a minister in the active work, the remuneration should be equivalent to the basic stipend on a pro rata basis.

Returning to the active work

Guidance on how a minister might return to the active work is offered in SO793 your district chair will advise you how to do this.

The Fund for the Support of Presbyters and Deacons will reimburse removal expenses when a minister in Full Connexion and in an appointment within the control of the Church retires. If the amount exceeds £4000, the approval of the Connexional Allowances Committee is required.

The grant form to apply for removal costs, travel mileage and a relocation grant can be found on Ministerial Grants (methodist.org.uk)

You will need to obtain three removal quotes and send them to ministerial.grants@methodistchurch.org.uk stating your preferred removal company.  Once the quote has been agreed you can then proceed to book the removal company and return the completed grant form.