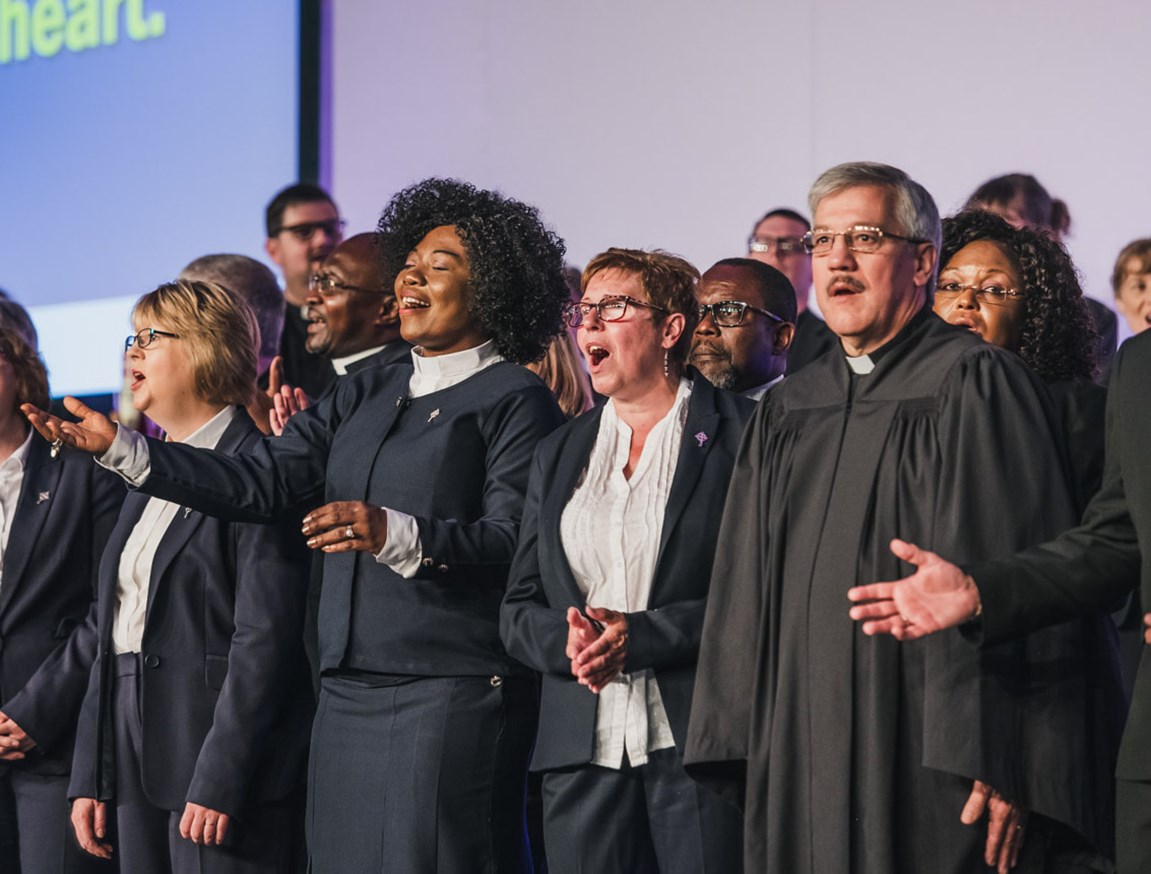 Lifelong commissioning – gifted and graced by the Holy Spirit

Methodists formally set apart certain individuals as presbyters or deacons by the liturgical means of ordination to the appropriate order of ministry. The Conference alone has the authority to ordain on behalf of the whole Methodist Church in Britain. All ordinations therefore take place at the Conference.

Ordination is a special form of lifelong commissioning, in which the Church selects and appoints certain individuals to the office of presbyter or deacon and authorises them to undertake the work associated with that office.  As in all aspects of ministry, this is dependent upon the primary agency of the Holy Spirit, who alone calls men and women into ministry and service, bestowing upon them appropriate gifts and graces.

The ordination service represents the culmination of a long process in which the Church first discerns and tests the call of candidates, shapes and forms their ministerial development, and finally presents them before God, ready to receive the gift and grace of the Holy Spirit in order to fulfil their vocation to public ministry.

Prayer and the laying on of hands

The essential features of a Methodist ordination service are an ordination prayer and the imposition of hands by an ordained presbyter (the President or a Past President of the Conference) on behalf of the Conference. At a Diaconal Ordination the Warden of the Methodist Diaconal Order also takes part in the laying on of hands. Usually two other people also take part in the laying on of hands at a Methodist service of ordination to the presbyterate: the Assisting Minister, chosen by the ordinand, who has been personally significant to them in their journey to this point; and The World Church Representative, a presbyter from another country, who represents the global Communion of which our Connexion is a part.

The practice of laying hands on the head of each person to be ordained is an ancient feature originating in the Church of the New Testament, where it was used to denote and direct the focus of an accompanying prayer.  In the case of a Methodist ordination service, the prayer accompanying the imposition of hands is: “Father, send the Holy Spirit upon N for the office and work of a Presbyter [or Deacon] in your Church.” The intention in a Methodist ordination service is to ordain into the ministry of the one holy catholic and apostolic Church.

Ordination is a solemn but deeply joyful service. Its words and music are largely traditional in nature, affirming our links with two thousand years of spiritual continuity. It culminates in the celebration of Holy Communion, that most profoundly joyful act when we rejoice not in what we are experiencing or have achieved but in what Jesus Christ has done and does for us.

Back to Called to Ordained Ministry?